Here's a little ROLF! battle scenario and some characters in honor of the big shopping day here in the United States. You need a copy of "ROLF!: The Rollplaying Game of Big Dumb Fighters", or "The Violent Worlds of Robert E. Howard" to play it.

BACKGROUND
It was Black Friday 2011, and all across America, people were the malls and the stores in search of great deals. Some are literally hitting the malls. And each other.

According to news reports, one of the outbreaks of violence happened at Lee's Music Store. Word spread that Lee was the only outlet to carry the legendary Christmas album recorded by Osama bin Laden; that he was selling it for just $1 each; and that he only had 100 copies. The first two parts of the rumor was true... but third part was not. Lee actually had 100,000 copies... he was selling the album as a Black Friday special, but then was going to serve as its exclusive U.S. distributor and place them in stores and mosque gift shops across the nation. 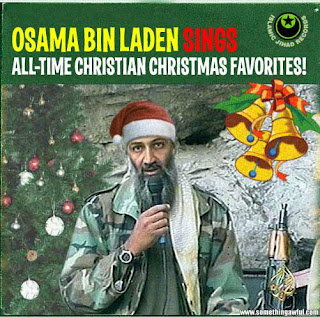 But the rumor was all that was needed to start a bloody riot outside the store. Among the rioters were Shakeel "Rage Boy" Bhat (who was in the United States to support the Occupy [Insert Random Open Space Here] Movement and lend his famous face and rage-filled antics to the protests) and Pastor Terry Jones (looking for something cheap and Islamic-related to burn at a rally to boost his election campaign for president of the United States).

The scenario is intended for at least two players.

If used with two players, one gamer controls the Rage Boy, another controls the Pastor, and each has 2d6 Generic Black Friday Shoppers fighting "on their side," more or less. As the battle begins, the Rage Boy and the Paster are at Ranged distance from each other, with the Generic Shoppers between them.

To close to Melee, the Rage Boy and the Pastor must pass through the Generic Shoppers which will attack them. The groups of Generic Shoppers are also at Ranged distance from each other. The Rage Boy and the Pastor can stay at Ranged from each other by either not attempting to close the distance, or by using their Run Away! combat maneuvers. A successful ATT check means the character has backed away. However, they can also use Run Away! to counter each others attempts to stay at Ranged; in such a case, the character with the lowest ATT check wins and successfully closes... assuming they don't stop to fight Generic Shoppers. The Generic Shoppers can also be sent at either the Rage Boy or the Pastor. Closing from Ranged to Melee distance is a single action.

If used with three players, all the above applies, except the third player controls the Generic Shoppers and he sends them at whichever named character he chooses. There are 2d6 Generic Shoppers in play at the beginning of the combat. 1d6 additional join the fray until there are a maximum of 12 in the fight. 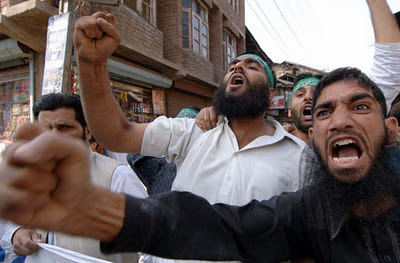 (BTW... "ROLF!: Black Friday" is a work of fiction. Any similarity to real people, places, and events without satirical intent is purely coincidental. Copyright 2011 Steve Miller. All Rights Reserved. Although you're welcome to copy-and-paste the text if you feel like playing the scenario.)
Posted by Steve Miller at 10:01 AM