Is this or is it not Cookie Monster performing Survivor's "Eye of the Tiger"? 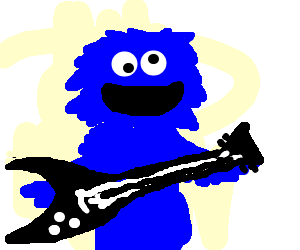 Posted by Steve Miller at 8:20 PM No comments: Links to this post

NUELOW Games: The only RPG publisher covering the GOP convention!

Yep. We're on the cutting edge all right! What other RPG publisher has produced a game supplement to tie in with the Republican National Convention in Tampa, Florida? There isn't one! 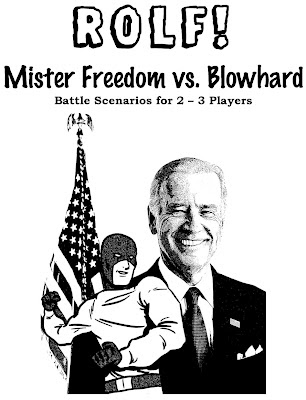 In ROLF!: Mister Freedom vs. Blowhard, Joe Biden (in his secret superhero identity of Mister Freedom) squares off against the villainous Blowhard and his Siren sidekicks in order to save Florida and the Republicans. But will Mitt Romney and Paul Ryan help or hinder him?!

Click here to see previews of ROLF!: Mister Freedom vs. Blowhard, or to do you part to stimulate the economy and get your own copy for just $0.50.,

Posted by Steve Miller at 6:55 PM No comments: Links to this post

I've made it pretty clear over the years that I'm not a big fan of the combination of a level-based character advancement when it's married to a restrictive, class-based system for governing character abilities. But it's hard to deny that the most popular RPG games do just that.

But that doesn't mean those games can't be made better by breaking down some of the level/class barriers. And that's where this latest release from NUELOW Games comes in. 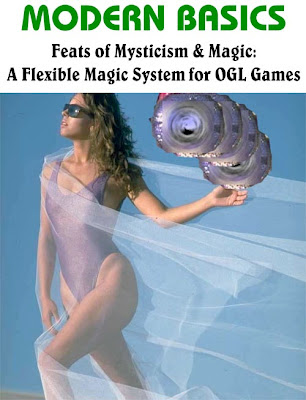 MODERN BASICS--Feats of Mysticism & Magic: A Flexible Magic System for OGL Games is a brief supplement that is compatible with most d20-based OGL systems. It divorces the spellcasting system classes, opening up more flexibility in character creation and advancement. It is designed with more mordern and futuristic settings in mind where the stereotypical wizard and cleric are the exceptions rather than the norm.

Click here to see a preview, and/or to get your own copy for just $0.75. And please let me know how it works for you if you use in in your games!
Posted by Steve Miller at 1:47 PM No comments: Links to this post

Bill Clinton turns 66 today Why don't you spend it playing ROLF!... it's probably what he would do if we had a version that came with strippers -- and if he had ever heard of NUELOW Games and The Rollplaying Game of Big Dumb Fighters.

To make it easy to get the party started, we've created a bundle of products featuring not only Bill Clinton but also other US Presidents, such as JFK, Barack Obama, and Abraham Lincoln. The products also feature enemies and allies worthy of these great men, such as Huda the Bikini-clad Wonder, Commies from Jupiter, al-Qaeda terrorists, Girl Scouts, Martians, and many, many more.

Get your Birthday Box by clicking here. It's only $2! But don't delay if you;'re interested. This bundle is only available today and tomorrow. (The individual products will all remain on sale separately, of course.)
Posted by Steve Miller at 12:01 AM No comments: Links to this post

The latest for ROLF!: Bill Clinton Meets a Girl Scout

ROLF!: Bill Clinton Meets a Girl Scout presents three battle scenarios revolving around Girl Scouts and former President of the United States Bill Clinton. Julian Assange also puts in an appearance... and Hillary Clinton is working over-time to save Bill from himself and from the Girl Scouts from Jupiter! 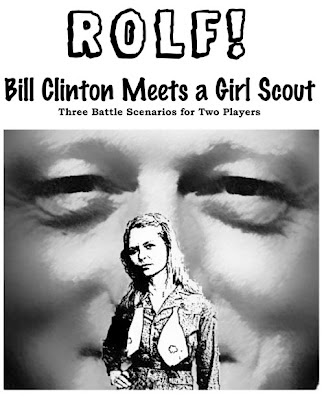 Bill Clinton Meets a Girl Scout features ROLF! stats for all the characters mentioned above, as well as Mel the Girl Scout Leader and Chairman Yalasha, the nefarious leader of the Commies from Jupiter, who was previously seen battling Rambo and his hippie allies. She's back... and she's looking to give Julian Assange something he richly deserve....

The package also includes an assortment of Combat Maneuvers and Traits not found in the basic ROLF! game and three battle scenarios. All this in just 5 pages... and for just $0.50!

Click here to get a copy of ROLF!: Bill Clinton Meets a Girl Scout, or to see previews.


Posted by Steve Miller at 3:34 AM No comments: Links to this post

L.L. Hundal made the following comment when I suggested we add Julian Assange to the soon-to-be-released ROLF!: Bill Clinton Meets a Girl Scout:

"If there ever was someone who is a suitable subject for violet fantasies, it's that cowardly prig." 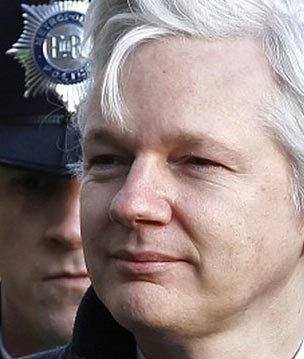 Posted by Steve Miller at 7:58 PM No comments: Links to this post

Bill & Hillary Clinton. Julian Assange. Girl Scouts from Jupiter! And much much more! How much more? Take it away, Bill, because it's your birthday August 19th, and we're celebrating it! 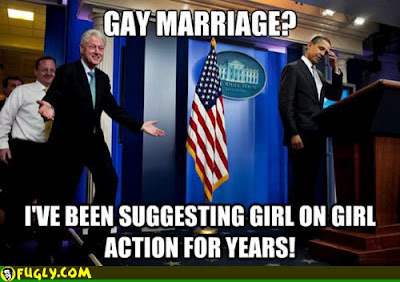 Posted by Steve Miller at 3:14 PM No comments: Links to this post

In Guardian City's War on Crime, no one fights harder than the mask-wearing superheroes. These are their stories. 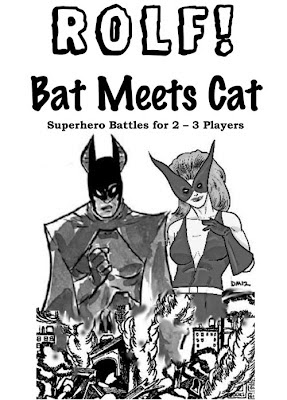 A superhero with "Bat" in his name. A mystery woman with "Cat" in her name. Controversial comments involving chicken sandwiches. Protests! Counter-protests!

Could we possibly squeeze any more exploitation material into one 6 page product? Well, maybe. It all depends on how you want to interpret the fact we named the villain Chickenhawk.

Click here to look at previews, or to get your own copy for just $0.60.
Posted by Steve Miller at 6:45 PM No comments: Links to this post

If you're curious to see what the founder of Wizards of the Coast and his players do at their gaming table, you're in luck.

Peter Adkison is turning a campaign set in his "homebrew" campaign world of Chaldea into a series of short films you can watch online. Click here to check out the website.
Posted by Steve Miller at 4:36 PM No comments: Links to this post

He does it right!

A visit by The Most Interesting Man in the World is always a welcome event here at NUELOW World Headquarters. 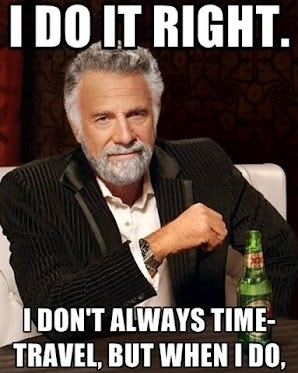 You can join The Most Interesting Man in the World and his good friend Chuck Norris as they time-travel to one of their greatest adventures in ROLF!: The Death of Adolf Hilter... for just $0.50!

Click here for previews, or to download a copy of the exciting and funny ROLF! supplement that reveals what really happened to one of the most evil men to ever walk the earth.

Posted by Steve Miller at 10:30 AM No comments: Links to this post

Email ThisBlogThis!Share to TwitterShare to FacebookShare to Pinterest
Labels: Rolf, The Most Interesting Man in the World

The Misadventures of Breckinridge Elkins is the latest addition to NUELOW Games's ongoing exploration of the lesser-known works of the great Robert E. Howard. 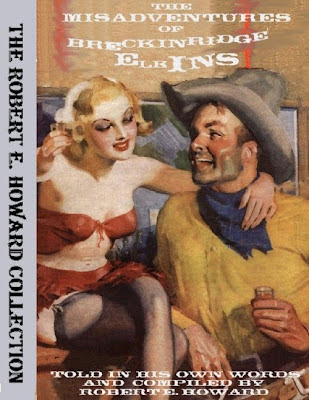 This time, Robert E. Howard Collection-series editor Steve Miller offers an assortment of Howard's madcap humor tales from the wildest corner of the wild west... stories Howard wrote late in his career that were written as much for love as they were for money.

If you enjoyed Shanghaied Mitts or Fists of Foolishness, you'll be laughing out loud at The Misadventures of Breckinridge Elkins.

Even L.L. Hundal, who is usually lukewarm toward Howard's writings, loves the Breckinridge Elkins stories!

For more information and a preview, or to download a pdf copy for just $2.50, click here.
Posted by Steve Miller at 2:41 AM No comments: Links to this post

A new RPG for you to look into

When you're not playing ROLF! or some other thing from NUELOW Games, maybe the good folks over at Mythos Arcanum Games can help fill the rest of your time. 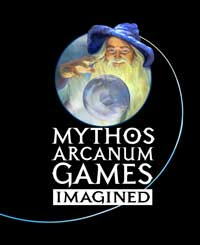 I'm sure you'll notice that they're a far more professional-looking outfit that we have ever been! But I hope you will still love us for the raggamuffins that we are!

(We have no affiliation with Mythos Arcanum... we just felt like giving them a plug.)
Posted by Steve Miller at 1:43 AM No comments: Links to this post

Artist Todd Lockwood inadvertently took a step to make sure no work will be done at NUELOW Games today: He pointed us to videos by MercyMe, perhaps the wackiest live cover band ever! (They may replace the Ukele Orchestra of the UK as our dream house band for when we Hit It Big.) 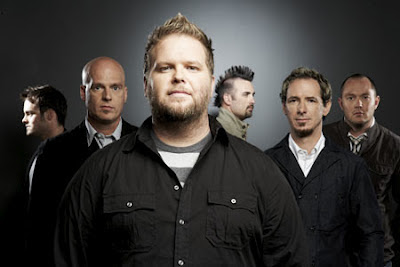 Here are few of my favorite MercyMe videos (so far):

"Epic" is the only word to describe this video!


Greatest "Eye of the Tiger" cover ever?


The theme song for "The Return of the King" (in ROLF!: Christmas Special II) and ROLF!: Creature Feature:


And the award for Best Use of Random Headgear by a Cover Band goes to MercyMe.


Somewhere, Jon Bon Jovi wondered why a chill ran down his spine....


And one final one, because L.L. Hundal will either love me or kill me for this (given that she has been known to dance around and sing like a lunatic to the original version):

And NUELOW Games is helping him and his supporters celebrate by offering a one-day only special bundle of products: THE BARACK BIRTHDAY BOX! 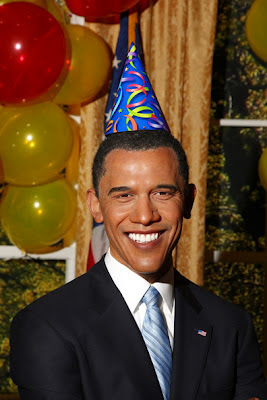 Heck, even if you're not a fan of President Obama, you should check out this special offer. Buying it will help stimulate the economy... and you'll get several cool ROLF! products at 60% off the usual price. This is also a great way to test our flagship rollplaying game.

The birthday box includes a copy of ROLF!: The Rollplaying Game of Big Dumb Fighters, The Death of Osama bin Laden, The Breast Hope for Beast, Gahdaffi's Angels, Dead Presidents, and our latest release Dragon vs. Tiger. Check it out! It's your patriotic duty! :)

Click here to check out the BARACK BIRTHDAY BOX!
Posted by Steve Miller at 4:28 AM No comments: Links to this post