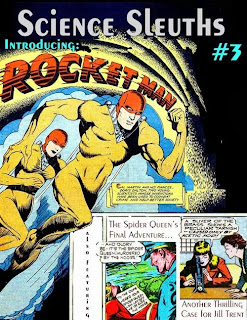 With Science Sleuths #3,"Rocketman" gets added to the mix. "Rocketman" chronicles the adventures of Cal Martin and his fiancee Doris Dalton. Partners in love and business, who also share a passion for crime-fighting, they are brilliant inventors who have chosen to keep their greatest inventions for themselves and to use them to become the costumed superheroes Rocketman and Rocketgirl.

This issue also features ROLF! stats for Rocketman and Rocketgirl.

For the next few issues, "Rocketman" will be the lead feature in Science Sleuths, with Jill Trent becoming the backup feature. Some of the "Rocketman" stories will be extra-special, as they will feature partially new scripts by NUELOW Games's lead designer and publisher Steve Miller.. This issue marks the final time Spider Queen slings her webs, though.

Click here to see previews of Science Sleuths #3 and to get yoiur very own copy. You can read more and see an additional preview of this issue at the Shades of Gray blog.
Posted by Steve Miller at 9:23 AM No comments:

When life imitates ROLF!: Hollie-May Saker vs. the Feminazis! 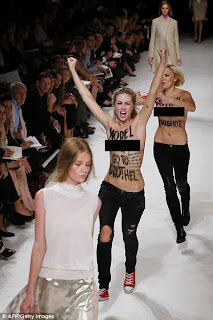 We should have written this battle scenario. But real life beat us to it.

A pair of Rush Limbaugh's Feminazis tore off their shirts and stormed the catwalk at the Paris Fashion Week. They harassed and "manhandled" one of the models. The model, Brit Hollie-May Saker, punched one of them in the nose and continued modeling the flapper-style dress she was wearing.

You can read all about it in "That Bitch Ruined My Walk" by clicking here.

And, inspired by actual events, here are a couple of battle scenarios and ROLF! stats for Hollie-May Saker (and I really hope that last name is pronounced "sack-her" and not "say-ker"), FEMEN Feminazi protesters, and Rush Linbaugh. Yes... Rush Limbaugh has nothing to do with Paris Fashion Week or Hollie-May Saker, but we once Hollie-May is done kicking the crap out of the Feminazis, the Feminazis can vent their frustrations on Limbaugh. 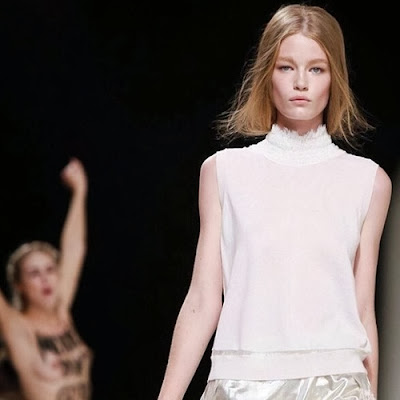 For more fashion-world mayhem and violence, check out ROLF!: Supermodel Slapfest. The Combat Maneuvers featured in the previous character designs not in the main rules can be found in that supplement. 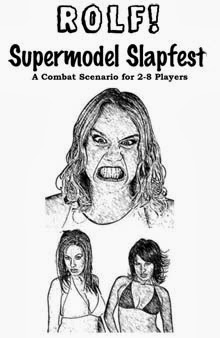 And just because, here are some random pictures of Holly-May Saket... 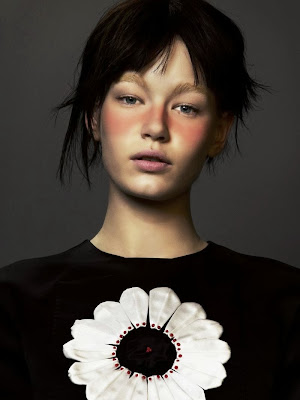 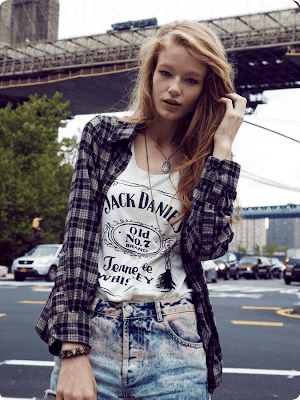 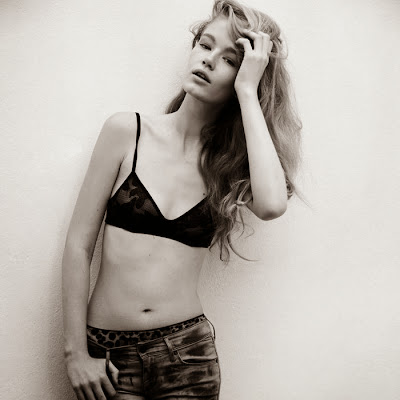 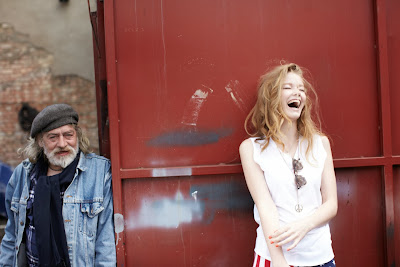 Posted by Steve Miller at 11:05 AM No comments:

Time to get out to your local bookstore and buy a book. Do it. Now. Then read it!

If you can't get out, we recommend you buy one of the fiction anthologies NUELOW Games has produced. They're cheap, and they exist to show you sides of writers you thought you knew but really don't. Click here for previews and to buy dowloadable PDFs that work great on your computers or iPads.

Getting a graphic novel or two also counts as supporting National Buy a Book Day. We have those at NUELOW Games as well, if you can't get out of the out of the house. Film Fun Comics Vol. 2: The Black Cat vs. HIM! and Film Fun Comics Vol. 3: British Agent 99 contain both fiction AND comics! Click here to see our selection of comics, also in PDF format and perfect for your iPad. (As an added bonus, every one of our comic book products also features RPG content!)

Support the writers, artists, publishers, and retailers among us. Keep your brain fed, and help feed those who grow and distribute that brain food! 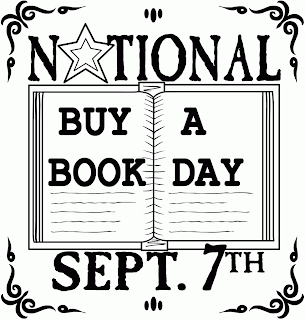 Posted by Steve Miller at 10:58 AM No comments:

Coming this later this week... 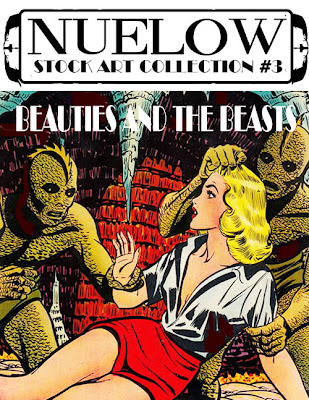 We're releasing another collection of drawings from the NUELOW Games stock art files. Adapted from Golden Age comic book covers (and other sources), this horror themed collection is being released just in time to help you with your October RPG games or online publications, as the 30+ color and black-and-white drawings are being offered under a liberal license that lets you do pretty much anything you want with them.

Posted by Steve Miller at 1:51 AM No comments: