Where NOT to 'Tangle With Romance'....
A Battle Scenario starring Kathy and her Boyfriend Hank

NUELOW's lead editor and creator of the ROLF! game, L.L. Hundal, has been on a Golden Age teen comedy kick since we produced the Ginger and Snap book earlier this year. In recent weeks, she's sent me about two dozen teen humor stories that we're going to be doing collections of. Some will be along the lines of the Ginger and Snap collection, others will end up as part of an entry in the Complete Golden Age Oddballs series (like we've already done with Martin Filchock's "Teen Toons").

One book that we're set on is a collection of the "Kathy" stories drawn by Ralph Mayo and Frank Frazetta from the pages of Thrilling Comics. And even if all the stories were badly drawn and unfunny--which the Mayo/Frazetta ones aren't--we would at the very least be doing SOMETHING with this splash page: 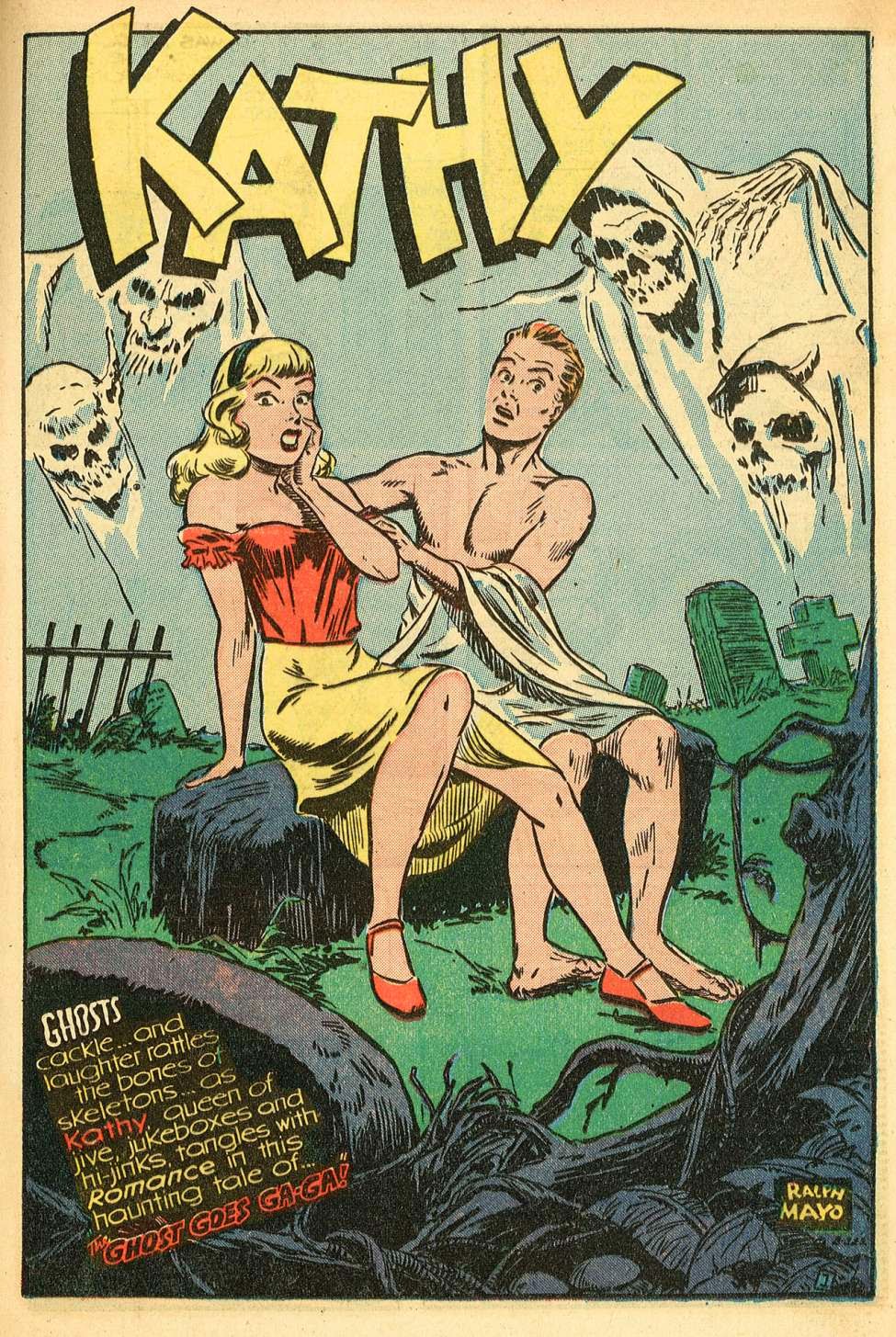 That picture and the blurb that states that Kathy "tangles with romance" immediately made me think "choosing a graveyard as a place for that wasn't very smart"... and then a ROLF! battle scenario came to mind. A couple, actually...

Since it's been a while, here's a complete ROLF! battle scenario, with everything you need to play but rules. It's one of the ones inspired by that splash page, but drawing upon the "Kathy" series in general.

KATHY TANGLES WITH ROMANCE AND NECROMANCY
A ROLF! Battle Scenarios for 2-3 Players
By Steve Miller

BACK STORY
On a balmy summer eve, as the full moon beams from a clear sky, Kathy suggests to her boyfriend Hank that they leave the soda shop and head for the picturesque cemetery off Old Church Road.
"It's such a beautiful place, and the full moon... it's so romantic," she says. "It's a perfect night for something I've been wanting do with with you for a long time.".
Hank, barely able to contain his excitement, immediately agrees. The teens steal into the cemetery, and Kathy heads of a bench on a slight rise that is bathed in moonlight. The two sit, and she squeezes Hank's hand, smiling and looking into his eyes. "This is going to be something special," she tells him. "I've never done this with anyone else before."
"Of course not!" Hank says emphatically.
"This is going to be something very special." Kathy turns away to get something from her purse. She feels his hand on her shoulder, and she turns to smile at him... but her smile freezes on her lips, her eyes grow wide and her mouth drops open. During the brief seconds was reaching into her purse, Hank had managed to take off all his clothes! She gasped, she gulped, her gaze slid down his torso and then snapped back to his face as she shouted: "What are you doing?!"
"Getting ready... I've wanted to--"
"I wanted to read poetry with you!" She holds up a book. "I come out here some nights and read poetry. Oh my Gosh! You thought--"
"Oh my Gosh," Hank says at the same time as her. He is mortified, horrified, at his mistake, and he reaches for his clothes--and find them floating in midair, suspended in what appears to be a wisp of fog. A skull-like face takes form in the mist and a hollw-sounding voice, that seems to make Hank and Kathy's very bones vibrate, says, "You care disturb this place with your carnal activities?!"
"Jeepers!" Kathy says.
The ghost throws Hank's clothes at him, and then attacks.

PRE-GENERATED CHARACTERS
These characters are used in the battle scenarios above. Kathy and Hank The traits and combat maneuvers not in the ROLF! core game are drawn from ROLF!: Bullets to the Head or ROLF!: Creature Feature. If this were an actual published products, they would be repeated here for each of reference.

THE BATTLE SCENARIOS
These scenarios can be played by two or three players, with one player controlling Kathy and Hank, and the other controlling the ghost and Haruman the Necromancer. If three gamers are player, Kathy and Hank are each controlled by a different player, while the third plays Haruman and the ghost.

Battle Scenario One
Kathy and Hank must defeat the angry ghost attacking them in the cemetery. The battle continues until either both Kathy and Hank are defeated, or the ghost is. If the teens win, they are restored up to one-half their starting health (if applicable), including if one should have been defeated, at the start of Part Two. If the Ghost wins, see "Aftermath" below.

Interlude
How did this ghost come to be in the cemetery? Well, Haruman the Necromancer was also enjoying the full moon while practicing a little black magic. Attracted by the shrieks and screams of the teens vs. ghost fight, he finds Kathy and Hank over the dissolving remains of his latest summoning.
"Meddling kids," he cries. "It was made clear that I have the cemetery on the full moons in months with 31 days--you damn druids need to keep your naked moon-dancing to your own time!"
"Wait," Kathy says. "This isn't what it looks like. At all."
"Yes," Hank says. "We're not doing naked dancing!"
"You want me to believe you came all the way out here just to fornicate?" Harumon snarls.
"Yes!" Hank exclaims.
"No!" Kathy shouts, smacking him on the head with her book of verse.
"You will not make the fool of me," Harumon says, the black energy of evil magic crackling on his finger tips. "You will be taught respect and the meaning of keeping to an agreed-upon schedule."
With that, he attacks.

Battle Scenario Two
Kathy and Hank must defeat Haruman. The battle continues until one side is defeated.

Aftermath
If Hank and Kathy are defeated in either scenario, they wake up on the ground in front of the bench as dawn is breaking, cold and sore and confused. Hank is still naked.
Hank quickly gets dressed. He says, "Let's never mention this to anyone, okay? And I'm really sorry."
"You should be," Kathy says coldly, remaining turned away as Hank dresses, but still stealing a glance. "I can't believe you thought--"
"I'm really, really sorry!" Hank wails.
"This place is great for reading poetry, but that other sturff? Too creepy."
"What?"
"You need a car, Hank Daniels. Don't you know anything? Now, how are we going to keep from getting grounded for life?"

Posted by Steve Miller at 9:12 AM No comments:

In Memory of the Great Lee Elias

On this day in 1920, May 21, Lee Elias, one of the great Good Girl artists of the Golden Age of Comics was born. He was the primary artist on the original Black Cat, and he was the first to give form to amnesiac Indian Princess Firehair... and as adept as he was at drawing beauty, he drew horror just as well, as shown by the man horror covers he drew.

In memory of Lee Elias, we are offering Black Cat Shows You How to Do Judo Tricks at half of the usual price. It's a book showcasing both Elias' Good Girl art, as well as his faithfulness to realism when it came to drawing martial arts moves in the Black Cat comics.

And even bigger treat is the fact that we're giving away NUELOW Stock Art Collect #1: The Black Cat in Action for free. This package of art adapted primarily from Elias's art is a treasure trove of Black Cat illos that you are able to use for whatever purpose you like, so long as you follow a few simple licensing restrictions.

These special prices are good through the end of Memorial Day, May 26, 2014.

Posted by Steve Miller at 6:12 PM No comments:

We've just released Complete Golden Age Oddballs: Fire-Man & Buzzard through all the usual outlets. Unlike previous entries in the series, the book consists entirely of comics written and drawn by a single creator--Martin Filchock, who, when he passed away at the age of 100 in 2012 was still working as a professional cartoonist.

By way of a preview, here are a couple of splash-pages from the book. (You can see more previews, or get your own copy, at DriveThruComics. If do decide to download Complete Golden Age Oddballs: Fire-Man & Buzzard, which in addition to the Filchock comics contains a small expansion for NUELOW's OGL d20 Modern superhero rules and a publication history for all the comics in the book.) 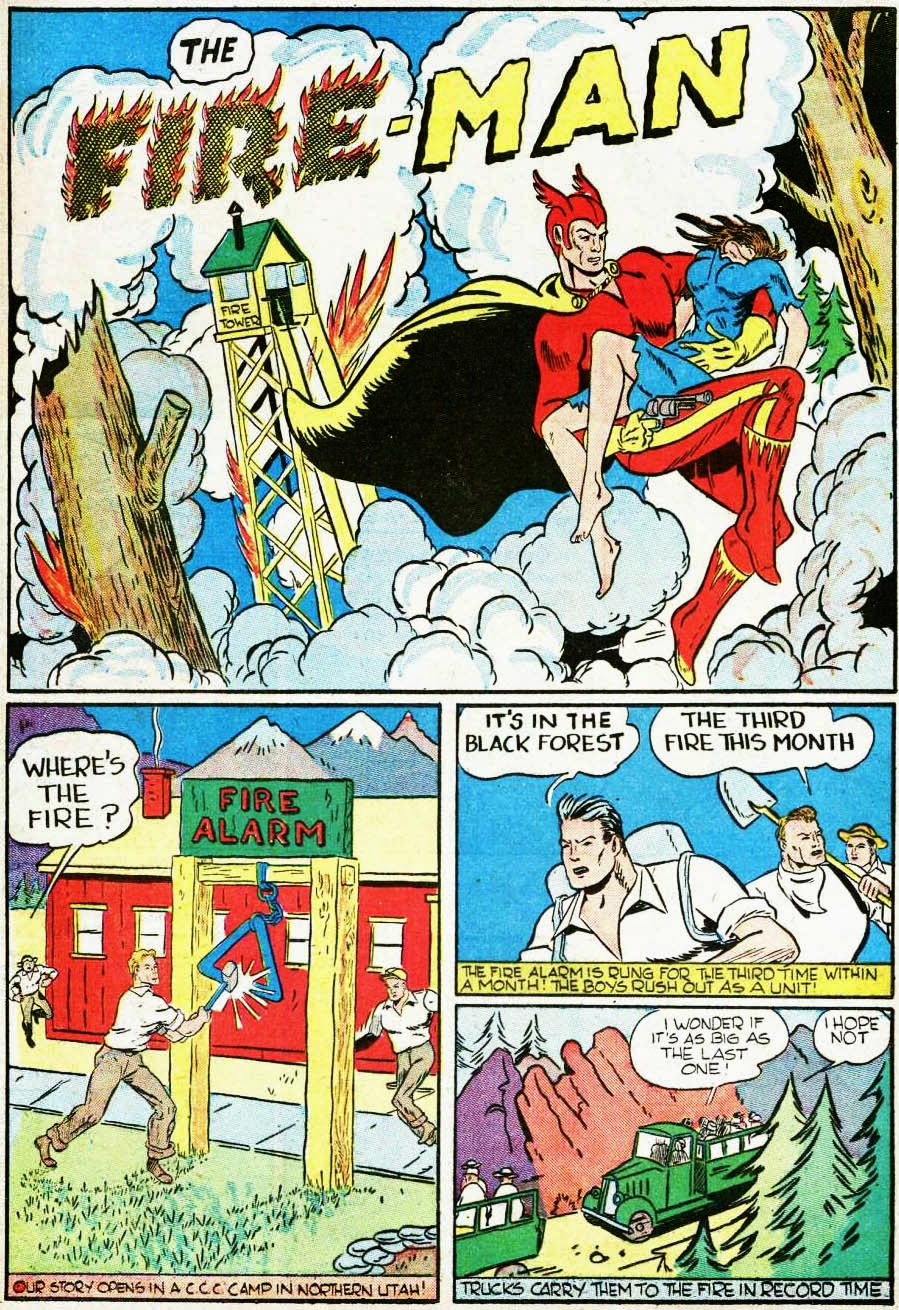 Posted by Steve Miller at 11:29 PM No comments:

The next installment in NUELOW's Judy of the Jungle series has just been released through all the usual outlets. 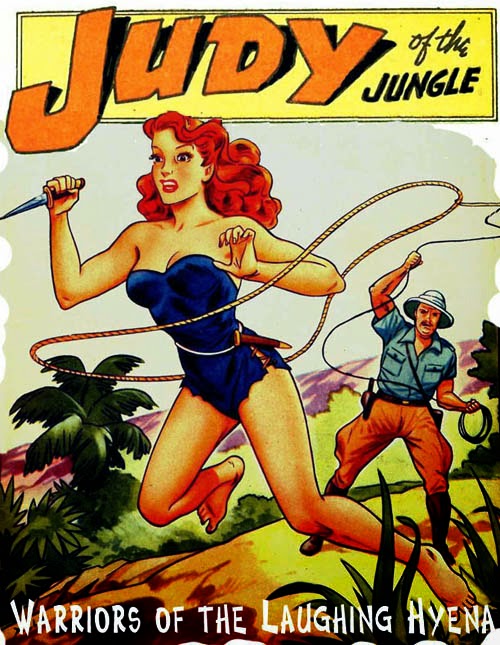 Judy of the Jungle: Warriors of the Laughing Hyena features three comics illustrated by Judy's creator Ralph Mayo, and one by the legendary Frank Frazetta, as well as two short stories by Charles S. Strong. The book also contains all-new OGL d20 Modern game material geared for use with jungle adventures.

Click here to see previews of the book, or to get your own copy.
Posted by Steve Miller at 9:27 PM No comments: 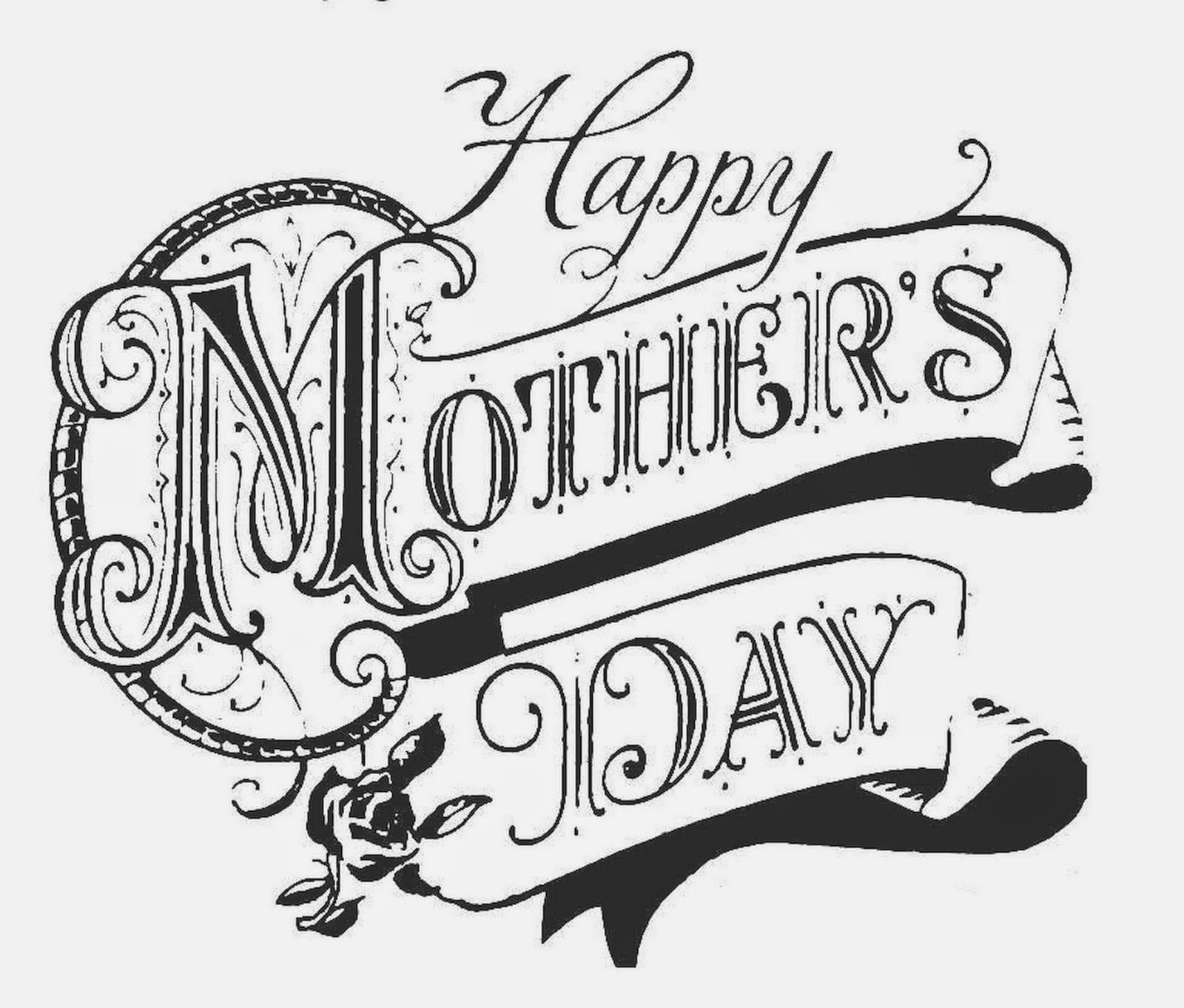 All NUELOW Games fiction collections (and some of our comics collections as well, since they have fiction in them) are 50% off through Mother's Day! See if Mom has a DriveThruFiction or DriveThruRPG wish-list and if a NUELOW Games release is on it!

Here's a link to the the titles are are on sale! Get Mom something fun to read while she is relaxing or serving lunch. to your little sister! 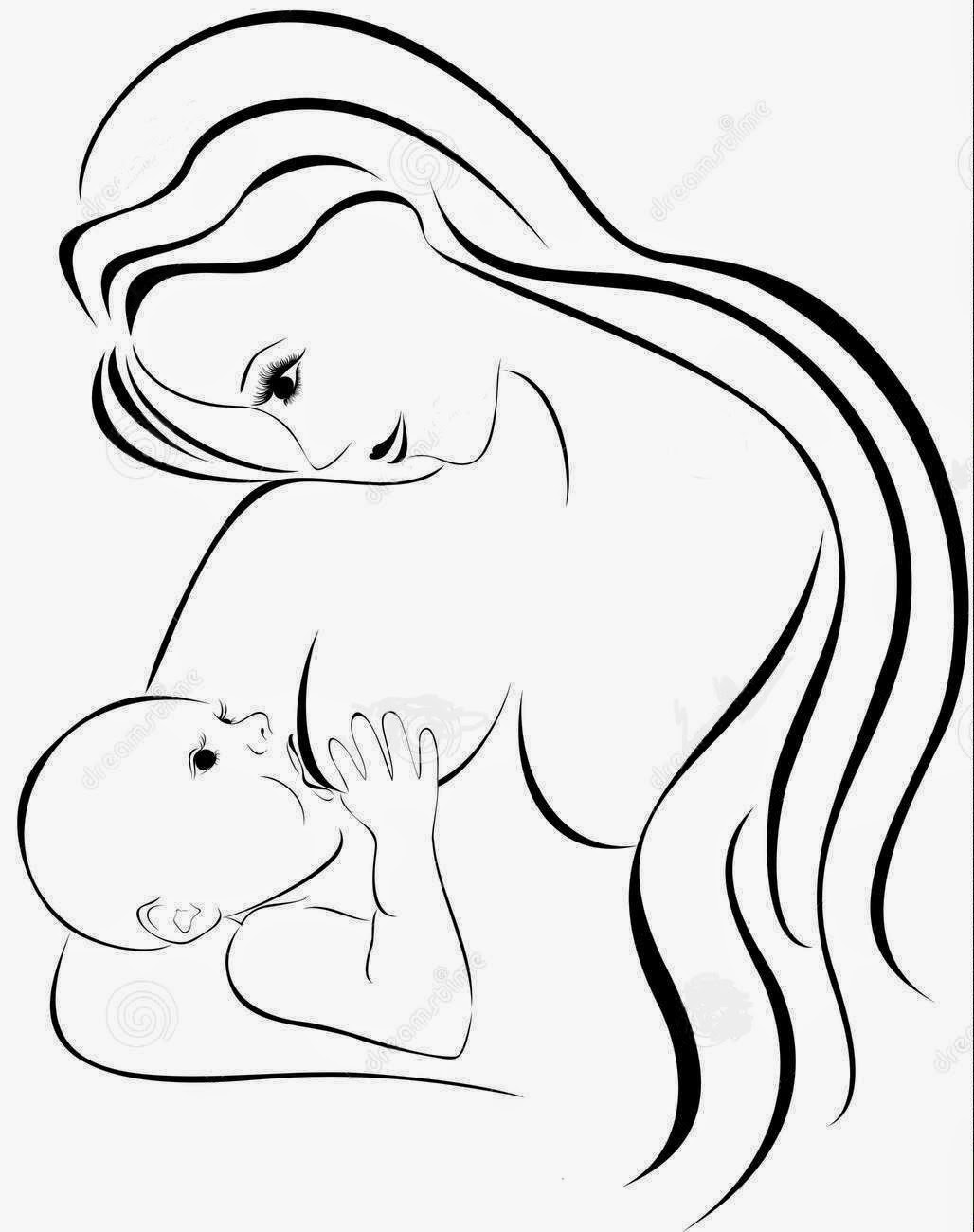 Posted by Steve Miller at 9:14 AM No comments:

While we dont;' have anything made specifically for Free Comic Book Day, we are offering those poor souls who can't make it to a comic book shop (or who got there after all the good stuff was one), our two color comics/rpg hybrid products for FREE until Midnight May 3rd, 2014.