'Tis the season for leftovers. Here's a magic item inspired by a stray comment following a wonderful holiday dinner with friends.


BAG OF MEAT
This small leather bag cinches shut with a narrow strip of rawhide. When opened, the user can pull out enough roasted meat to feed one person three times per day, or four people once per day. The type of meat is determined randomly by rolling a d6,


DELUXE BAG OF MEAT
This item functions as a Bag of Meat, except it has a broader selection. Roll 2d6 to determine the kind of meat supplied.

Posted by Steve Miller at 12:30 PM No comments:

Cheaper by the bundle!

Our jungle adventure-themed releases have been among our most popular offerings. You can now get the complete selections of NUELOW Judy of the Jungle and Princess Pantha in easy one-click-to-purchase downloads, as well save yourself a little money. Between these bundles, you get some of the best jungle girl comics ever published with artwork by such great talents as Ralph Mayo, Art Saaf, and Alex Schomburg.

The Complete NUELOW Judy of the Jungle Bundle contains all three Judy of the Jungle books, as well as the 2013 ROLF! Christmas Special that introduced her to the NUELOW line-up. In addition to great comics, these books include meaty game material, such as new OGL Modern starting professions and talent trees geared for jungle-dwelling heroes, a jungle adventure/encounter generator, and game statistics for Judy and her friends and foes for OGL d20 Modern, ROLF!, and Lester Smith's CORE Roleplaying Game. As an extra special treat, these books also include three adventures of South Sea Girl drawn by the legendary "good girl" artists Matt Baker. The collection is 10% than the cost of buying the books individually. Click here for more details.

The Princess Pantha Collection Bundle contains both books starring the circus performer-turned-globetrotting-jungle-girl-adventurer, as well as a collection of illustrations of Judy and Pantha by Schomburg, Mayo, and Saaf that are released under a royalty free license that permits you to use them in any project you like, personal or commercial. On the game front, the set includes OGL d20 Modern presents new talent trees and starting professions geared for creating characters with Pantha's knack for showmanship, animal training, and jungle skills, as well as a complete supplement for ROLF!: The Rollplaying Game. This bundle is a full 30% off the cost of buying each book separately, which means you are essentially getting the art collection for free. Click here for more details.

Posted by Steve Miller at 10:22 AM No comments:

The official theme song for Complete Golden Age Oddballs: Kismet & Penny Parker: "Walk Like an Egyptian" as performed by The Puppini Sisters.

Complete Golden Age Oddballs: Kismet & Penny Parker collects for the first time anywhere all the published stories featuring two obscure Golden Age characters and then unites them in a shared universe. Kismet was the very first Muslim superhero (who may or may not have been from Egypt), and in plot devised by Miller that unites them, Penny Parker ends up teaming with Kismet and traveling through the Middle East for several years.

The swing-flavored cover of "Walk Like an Egyptian" is just weird enough to be the perfect theme for the book. Grab a copy and listen to the song as you start reading. Click here for more information about this book of never-before-collected comics.

Posted by Steve Miller at 12:11 AM No comments:

We bring you another selection of material from the NUELOW Games archive. This time, it's artwork featuring Judy of the Jungle and Princess Pantha by those who drew them best -- Alex Schomburg, Ralph Mayo, and Art Saaf.

NUELOW Stock Art Collection #6: Jungle Girls features some 20 drawings--some presented in both color and black-and-white--adapted from the original comics sources. The versions here are derivative works that are being released under a license that contains few restrictions, so you can use them in any project you choose.

The drawings are included in a PDF index and as individual jpgs in a zip archive, which are provided along with the license when you purchase and download the set. The art files are mostly in 72dpi jpgs (fit for use on websites and in e-books), but there are also some that are included in 300dpi resolution (which are suitable for use in print).

Click here to see previews of NUELOW Stock Art Collection #6: Jungle Girls, or to get your own copy of this collection of portraits of women of action in action!
Posted by Steve Miller at 8:03 PM No comments:

In one of our upcoming releases,we're returning to our old wicked ways of using celebrities in ROLF! products with wild abandon. In addition to Chuck Norris returning for another battle, we're going to be misusing Brad Pitt.

The following ROLF! stats were created for tonight's playtest. I'm including Angelina Jolie here as well, just because. (She will not be appearing in the upcoming product, but who can say what the future will bring?) 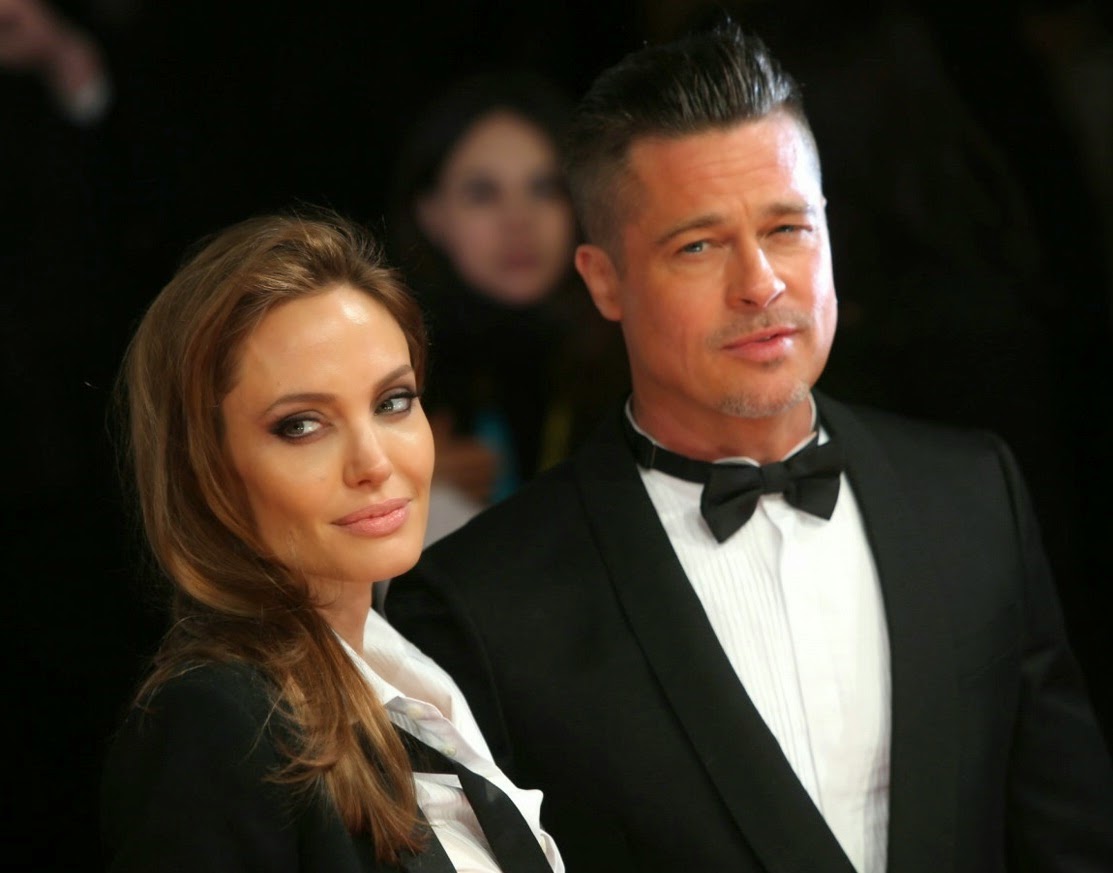 And if anyone wants to have Angelina and Jennifer fight for Brad, there are stats for Jennifer Aniston in ROLF!: Jennifer vs. the Leprechaun.
Posted by Steve Miller at 3:39 PM No comments:

We've just released the stand-alone sequel to Princess Pantha: The Hunt for M'Gana. It continues the exciting chronicle of an animal tamer turned adventuress, with illustrations by Art Saaf, Gene Fawcette, and Ralph Mayo, all behind a cover by Alex Schomburg.

Princess Pantha: The Footsteps of Fate sees Pantha and her lover Dane Hunter face danger and treachery in Central America, Central Asia, and other exotic locations. In addition to the classic comics by great creators, the book contains a complete supplement for ROLF!: The Rollplaying Game by yours truly and L.L. Hundal.

Click here to see previews of the book, and to get your own copy. Please be sure to let us know what you like and don't like about it. We can't make the next book better if we don't know what you thought of this one!
Posted by Steve Miller at 2:00 AM No comments:

This is the official NUELOW Games blog... and we forget to announce releases!

As a reminder of how badly we SUCK at promotion, we completely failed to mention two releases here on our very own blog! Well--we're fixing that problem now. (Interestingly, both of the "overlooked" releases have covers that are mostly yellow. Maybe we subconsciously didn't want to be associated with cowardice?

First, there's The Three Lives of Fantomah: Book Two, the second in our series presenting the very best stories starring comicdom's first female superhero. In this book, Richard Case spearheads Fantomah's transformation from a wild spirit of vengeance something resembling a "jungle girl." This change was a reflection of genre boundaries starting to solidify and the comic book medium came into its own, and of the departure of the series creator, Fletcher Hanks. The book offers six rarely collected Fantomah stories, an all-new spell casting system for use with d20 OGL Modern. and a short piece of new fiction that back-fills a story reason for Fantomah's change, as well as setting up the further transformation that's coming in Book Three.

The Three Lives of Fantomah: Book Two is on sale at a reduced introductory price through 11/7 2014. Click here to see previews or to get your own copy.


Next up, there's Devils in Petticoats. This book publishes two "true crime" stories, from two different publishers, with very similar titles, opening lines, and subject matter -- murderous women. These two stories--from two different publishers roughly a year apart--even have very similar opening lines. Whether they had the same writer (possibly Manny Stallman), whether someone really liked the first story, or if it's just coincidence we'll never know... but NUELOW's lead editor L.L. Hundal thought collecting them in one place for the first time would make for interesting reading. It also gave us cause to publish some d20 OGL Modern rules for playing femme fatale characters.

Click here to see previews or to get your own copy of Devils in Petticoats.

Posted by Steve Miller at 5:16 PM No comments:

It's election day in the U.S. The main people involved at NUELOW Games are a first generation American and an immigrant, so we take our participation in the democratic process here seriously. We hope you do as well.

However, after you've voted, we hope you'll enjoy a free comic book on us. (And if you aren't eligible to vote, or aren't even American, you're welcome to it as well.)


We hope your you don't have any local politicians like the ones Dynamic Boy has to contend with in his origin story. In addition to the Dynamic Boy story, the Dynamic Boy Election Day Special features stats for use with the ROLF! RPG.

And just because we love this song and video (and because we like to imagine they're playing ROLF!: The Rollplaying Game at one point) here's "Election Day" by Arcadia.

Posted by Steve Miller at 12:50 PM No comments: