In observation of 4/20 Day, we present A Pot-Smoking Supplement for the d20 System by one of the minds that brought you the immortal classic OGL Drunkards!

All text in this post is presented under the Open Game License, and it may be reproduced in accordance with its terms. Copyright 2017 by Steve Miller


THE MAGIC BONG
Scattered throughout the world are a small selection of magic bongs. How they came into being no one knowns for sure--some blame the elves, others blame the Atlanteans, and still others believe they have been charged spontenously through extensive use by magically endowed beings of any race--but they come in two varieties: The Evil Bong and the Good Bong. When pot is smoked in one of these bongs, they effects are powerful and unexpected.
Magic Bongs typically appear like traditional hookas and have 1d3+3 pipes attached, allowing multiple characters to smoke from the device at the same time. A magic bong appears completely normal until it is in use. Once characters are smoking from it, it radiates powerful alteration magic. 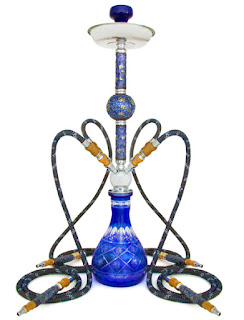 USING MAGIC BONGS IN YOUR GAME
First, determine if the characters are smoking from a magic bong, and what type, by rolling 1d100 and consulting the following table.

If it's a Good Bong, roll 1d6 against the following table to determine what effect smoking from it has on the characters.

1. Gain +2 bonus to all Charisma-based skill checks for 4 hours.
2. Gain +2 bonus to all Wisdom-based skill checks for 4 hours.
3. All enchantment spells function at +1 caster level for four hours.
4. A genie appears (1-4 male, 5-6 female), grants the party a single wish, and will hang out with them for 4 hours. It will fight if necessary, but will much rather just party.
5. +4 to all Fortitude and Dexterity saves for 4 hours.
6. Transported to a wild party on the Outer Planes to hobnob and get wasted with any manner for good- and neutral-aligned creatures.

If it's an Evil Bong, roll 1d6 against the following table to determine what effect smoking fro it has on the characters.

1. Filled with the desire to eat, resulting in a -2 penalty to all Intelligence- and Wisdom-based skill checks due to an in ability to focus. The effect lasts 4 hours.
2. Constantly giggling. Suffer a -2 penalty to all Bluff, Diplomacy, and Intimidate skill checks for four hours.
3. All enchantment spells function at -1 caster level for 4 hours.
4. Suffer a -4 penalty to Will saves to resist mind-affecting spells and spell-like abilities for four hours.
5-6. Transported to a wild party on the Outer Planes to hobnob and get wasted with all manner of fun and sexy creatures. Or so it seems. The characters are actually in a lair of deadly demons who want to humiliate them and eventually kill them. 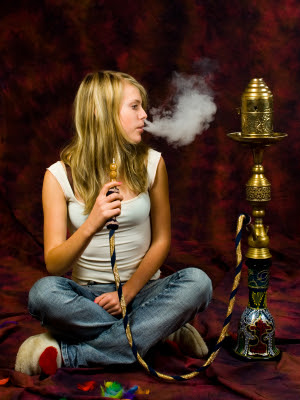 (The Magic Bongs was inspired in part by the Charles Band films, Evil Bong.)

And to wrap things up, here are a couple of songs that are fit for the day!

Posted by Steve Miller at 2:08 PM No comments: