There's a local pastor (or witch doctor or sorcerer, or druid--whatever fits the setting) who is offering to bless the party's firearms. Roll 1d12 against the chart below to see what benefit is gained, aside from each one blessed becoming an enchanted weapon. 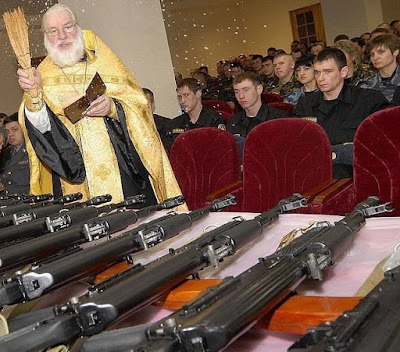 OPTIONAL COMPLICATION (Contributed by Craig Dixon)
There is one little problem with these blessed weapons...
If a person one is reduced to zero or fewer hit points while carrying or firing one of these blessed weapons, they must make an immediate Fort save (DC12) [save versus death in OSR versions of D&D].
If the saving throw succeeds, proceed with the normal stabalization rules to see if the character lives or dies.
If the saving throw fails, the character's soul is prevented from moving onto the afterlife. Instead, it is torn from te body and drawn to where the weapon was blessed, together with the magic placed on it, to feed the sponsoring deity. The character's soul is lost forever within 13 hours.
The weapon reverts to normal at this time and must be returned to the temple to be re-blessed.

--
The text in this post is released under the Open Game License and may be reproduced in accordance with it. Copyright Steve Miller 2018.

If you find this post useful or amusing, reward our efforts by getting one of our actual releases. Click here for the full listing of NUELOW Games products!
Posted by Steve Miller at 6:41 PM No comments: Links to this post

A little something in the spirit of Valentine's Day for your d20 System games!

Posted by Steve Miller at 1:40 AM No comments: Links to this post

Two Feats of Questionable Quality (but we like 'em!)

We hope these get your February off to a fun start.

BABY ROLL [Combat]
You may use babies as distractions in combat.
Benefit: When fighting, you may roll or throw a baby per round at opponents with a standard attack action. Any lawful good character must give up a combat action in order to either dodge or attempt to catch the baby by making a Reflex save (DC equals your attack roll). If the target fails to avoid or catch the baby, he or she and the baby both take 1d2 points of damage. If your attack roll misses, the baby still takes 1d2 points of damage.
Special: If you have the Two-Weapon Fighting feat, you may roll or throw two babies each round. 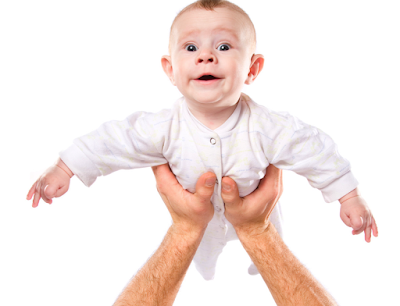 BAD IDEA [General, Metagame]
You knew it was a bad idea, but you did it anyway.
Prerequisite: One talent from the Too Dumb to Die tree.
Benefit: Whenever you fail an attack roll or skill check that had a DC of 22 or higher, the GM must let you roll 2d6 and add the result to your check total. If the new total means a successful check, that's exactly what it is. If it fails, you deserve what you get for being overconfident and stupid.

(This material is released under the Open Game License and may be reproduced in accordance with it. Copyright 2018 Steve Miller.)

--
If you like what you see here, consider buying one or more of our d20 System products! It will encourage us to make make more! Click here to see the listings at RPGNow!
Posted by Steve Miller at 10:36 AM No comments: Links to this post