The Awakened: Blessings in Disguise (Part One)

This is the first post in a series that gives rules for playing characters whose souls are part angel, the Awakened. This one lays part of the groundwork, and the next posts will elaborate on the concept with more details on the types of angels, as well as feats and talents that further define the Awakened and their supernatural powers.
All text in this post is released under the Open Game License and may be reproduced in accordance with its terms. Copyright 2019 by Steve Miller.

THE AWAKENED: BLESSINGS IN DISGUISE
By Steve Miller﻿
The Awakened is a mortal being who carries within them a literal spark of the Divine.
The devestation suffered among the Heavenly Host was severe, as the forces loyal to God did battle with those who had joined Satan in rebellion. Hundreds of angels fell in battle, but since immortal beings cannot truly die, the physical form of a slain angel shattered and its spiritual essense dispersed into the mortal realm where fragments of angelic essense merged with the souls the beings that existed there.
Souls so infused with angelic essense are mostly like any others: They go through many, many lives, some of which are unremarkable except in small ways, others which change the course of history or reshape the way humans perceive the world and other beings around them, but that part of them which originated in Heaven remains dormant.
But then, through chance or Divine Providence, an event shocks the slumbering spark into wakefulness... and the mortal being finds him- or herself able to call upon supernatural abilities usually reserved only for the servants of gods. How powerful the mortal becomes, and whether these gifts become a blessing or a curse to the world is entirely up to the individual... because whether it was Fate or Grand Design that brought the hidden to the fore, mortals still possess the great gift of Free Will. Nonetheless, once Awakened, the being's life will be changed, because others will be drawn to the power. 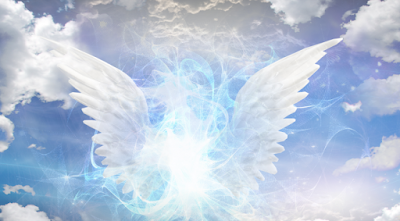 BECOMING AWAKENED
Most people live their whole lives with the angelic part of their soul remaining dormant. There are only three ways it becomes activated:
* Fail a saving throw while wearing the Angel's Face and Left Hand of God
* Be reduced to -5 or fewer hit points
* Be subjected to mind-effecting magic or mind-effecting spell-like effect from an Outsider
(With the GM's permission, any of these events can have taken place before play starts and be part of the character's backstory.)

Once Awakened, the player rolls randomly on the following table to see what type of angelic remnant the character now gains power from. This dictates the benefit gained.

--
If you found this post interesting or useful, you should check out some of our releases at DriveThruRPG. If you buy some, you'll encourage us to make more!
Posted by Steve Miller at 9:27 PM No comments: Links to this post

The Angel's Face and the Left Hand of God

The Angel's Face and the Left Hand of God are a pair of artifacts of unknown origin. They have appeared and disappeared throughout history, often facilitating the rise of a powerful religious figure or causing his or her downfall. Their first known appearance on Earth was in Ancient Egypt.
Apart, the items appear to be faintly enchanted with some kind of preservative magic. When brought together, they begin to radiate stronger magic, but their true powers are only revealed when worn together by a single user. (The artifacts must be worn by the same user, at the same time, to function.) 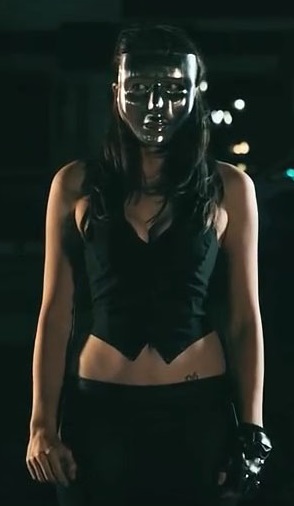 THE ANGEL'S FACE
This smooth, silvery mask is of a face with cherubic features, and it's hard to tell if it's supposed to resemble and male or female. It radiates faint abjuration magic if it examined with means designed to reveal enchantments.
If a human or demihuman character who isn't an Immortal, Outsider or Undead holds it up to their face, the mask immediately attaches itself. It can only be removed if the character remains absolutely calm and takes no actions for six rounds other than to clear their minds of all thoughts. One the seventh round, the character must roll a successful Will Save (DC22). If successful, the mas falls off. The only other reason the mask detaches itself is upon the death of the character.
If an Immortal, Outsider, or Undead tries to use the Angel's Face, the mask immediately becomes inert and seemingly non-magical for one month.

Benefits and Powers Gained While Wearing the Angel's Face:
* Saving Throws of a 20th level Cleric, Priest, or Dedicated Hero (or similar class in use in the campaign). If the character's regular saving throws are greater, he or she uses them instead.
* True Seeing as a spell-like ability a number of times per day equal to the character's Wisdom bonus.
* +2 bonus to all rolls made to see through illusions (when the True Seeing ability isn't being used).
* +4 bonus to all saving throws made to resist mind-effecting magic.

Drawbacks to Wearing the Angel's Face:
*The mouth on the Angel's Face has an opening so small that the wearer is only able to consume liquids through a straw.
*Whenever the True Seeing spell-like ability is invoked, the GM secretly rolls percentile dice to see if the character becomes a vessel for a god. If 001 is rolled, the GM rolls a d10 against the following table to see what god has taken hold of the character's mortal form.

The god remains in control of the character for 1d10+10 hours, or until the god willingly departs or the character's body is destroyed. During this time, the god can wield any and all powers the GM and the rules-set believes are fitting. The GM should consider telling the player what the god's agenda is and jointly run the character with him or her during this time of possession, allowing the player to make most decisions while the GM primarily adjudicates to what level the god uses his or her powers in the mortal realm.
When the god leaves the character's body, the character must roll a successful Fortitude save (DC 18) or be reduced to 1 hit point and falls into a coma that lasts 1d6+1 hours. Whether the save is successful or not, the mask falls from the character's face and remains inert and seeming non-magical for one month.


THE LEFT HAND OF GOD
This is a fingerless, left-hand leather glove with straps that fasten around the wearer's wrist, with metal studs on each knuckle. It radiates faint alteration and divine magic if it examined with means designed to reveal enchantments.

Drawbacks to Wearing the Left Hand of God
* The wearer must roll a Fortitude save (DC19) when using the gloves touch powers, whether to heal or harm. If the saving throw fails, the character loses 1d3+1 hit points and is briefly disoriented and is unable to act on the following round.


--
The photo illustrating this post is of actress Rebecca Rose. It's a still from The Jester 2, and it has nothing to do with the magic items described in the post other than being the source of inspiration for them.

All text in this post is presented under the Open Game License and may be reproduced in accordance with its terms. Copyright 2019 Steve Miller.
Posted by Steve Miller at 4:34 AM 4 comments: Links to this post