NUELOW Games: On the cutting edge of gay superheroes!

There's been buzz these past few days about DC Comics ret-conning the Golden Age Green Lantern, Alan Scott, into a gay character.


"Big deal," said the NUELOW Games staff (after we got done saying "Alan Scott has always had a weakness for wood" and "Now we know how Green Lantern's sidekick Dickie got his nickname"), "we've been there, done that."

In Feb. of 2012, we released "Black Kitten vs. June Collyer", in which we ret-conned TWO Golden Age heroes into being gay! And our game even has the Same Sex Preference trait... can that be said about the DC Adventures Roleplaying Game? We think not!

If you like your Golden Age heroes with ret-conned sexuality, you need to play ROLF!: The Rollplaying Game of Big Dumb Fighters. Between the core rulebook and "Bullets to the Head", you'll have everything you need to make queer superheroes and have a gay time of it! 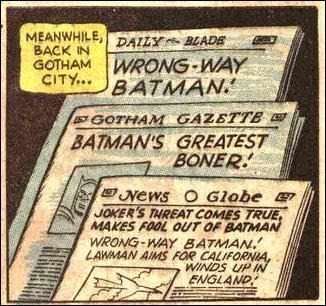 For your complete Golden Age "It's Queer but They're So Gay!" NUELOW Games experience, check out these fine gaming products:

"Bullets to the Head" (By L.L Hundal & Steve Miller, artwork by Darrel Miller)

And there may be more to come! Maybe next time, we'll make a big deal out of it... because so far, we've made the mistake of actually having a reason for our creative choices beyond drumming up publicity.
Posted by Steve Miller at 11:55 AM