His Excellency Admiral General Aladeen is such a big fan of NUELOW Games products that he has bought us out. He has also generously offered to relocate the entirety of NUELOW Games' staff (L.L. Hundal, Steve Miller, and Steve's two cats) to beautiful Wadiya. His offer is so generous and the Republic of Wadiya so wonderful a place that we simply could not refuse, so as of early May of this year, we'll be producing games from a palace overlooking the Sudanese border..

Click here for more information on our new home.


(In all seriousness, we at NUELOW Games think "The Dictator," Sasha Baron Cohen's forthcoming picture looks like it has the potential to be the funniest film of 2012. And that's saying a lot, given that both Hundal and Miller had given up hope for Cohen after the sleazy, unfunny snooze-fest that was "Bruno."

Here's the first preview for the film:

And here's the second preview that was released yesterday... it gives more insight into the nature of the film. It sort of feels like "Postal" Meets "Coming to America." But without Crotchy Dolls or Eddie Murphy.

"The Dictator" opens in the U.S. on May 11, 2012. The NUELOW Games staff intends to be at one of the first screenings (minus Steve's cats... they hate comedies)!
Posted by Steve Miller at 12:06 AM No comments: Links to this post

Coming this week for ROLF! - Final Battle #3: Escape From Eden. As a kinda-sorta preview, we hereby present the game stats for the first First Family!

(And you may ask, "How can the most peaceful place to ever exist POSSIBLY be the subject of a ROLF! Battle Scenario?" Wait and see... wait and see!)

Posted by Steve Miller at 8:38 PM No comments: Links to this post

Ripped from the headlines! (Plus a new Trait for ROLF!)

WEST COVINA (CBS) — A medical marijuana deliveryman was still shaken up on Monday after what he described as a robbery by two men allegedly dressed as ninja warriors.

You can read more by clicking here, or you can grab some fatties, some dice, and use the following pre-generated characters to play the ROLF! battle "Kumar vs. the Ninja!"


KUMAR VS. THE NINJA
A ROLF! Battle Scenario for Two Players


BACKGROUND
Kumar is on his way back from the corner store with some "medicinal marijuana" when he is attacked by a Ninja. The fight continues until Kumar or the Ninja is defeated

NEW TRAIT
Perpetually Stoned: No one knows how he does it, but he always has a doobie ready to be fired up. He is NEVER not stoned. The character never rolls initiative, as he never acts first in battle, but he is so mellow and prone to roll with the punches that all damage he suffers is reduced by 2 points (minimum 0) before any doubling effects or Combat Maneuvers are applied. 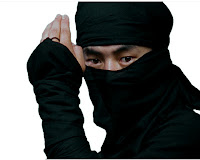 The Return of Oetzi the Ice Man!

The first full-blown supplement for ROLF!: The Rollplaying Game of Big Dumb Fighters was "Icing Oetzi," a little tribute to the frozen mummy found in the Italian Alps nick-named Oetzi the Iceman. It appears we here at NUELOW Games aren't the only ones fascinated by him. as exhibited by "Iceman" by the Amy Burvall and the Historyteachers.


And while we're here, go ahead and check out "Here Come the Huns Again"...


... "Beowulf" (This one is particularly fun, for several subtle reasons)...

Posted by Steve Miller at 2:02 AM No comments: Links to this post

Pulp fiction writer Robert E. Howard was very proud of his Irish heritage, and he created several characters that let him celebrate it. In observance of Saint Patrick's Day, we here at NUELOW Games are offering some of our products featuring his "Fighting Irish" characters at a discount.

These offers are only available if you use the links below, and they are only valid through Tuesday 3/20. Put on your shamrock reading glasses and enjoy these e-books (either before you hit the pub, or after you've sobered up)! 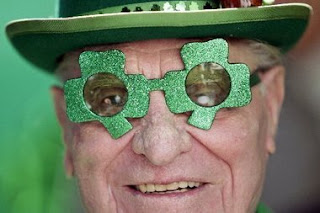 Fists of Foolishness features ten action-packed misadventures of Steve Costigan, an Irish American sailor who is always spoiling for a good fight. The ebook anthology also includes a complete roleplaying game, "The Violent Worlds of Robert E. Howard." Normally $3.75, you can get it for just $1.00 by clicking here.

The Deadly Sword of Cormac contains two novelettes detailing the adventures of 12th century Irish outcast and crusader knight Cormac FitzGeoffrey. Normally priced at $1.75, this ebook (featuring cover art by Larry Elmore) can be yours for just $1.00 by clicking here.

"Steve Costigan and the Thief of Youth" is an RPG adventure that can either be played solo or used with ROLF! or "The Deadly Worlds of Robert E. Howard. Step into Steve Costigan's workboots as he fights to save a group of orphans and still make it to his scheduled prize fight on time. Usually priced at $0.50, it can be yours for free by clicking here.
Posted by Steve Miller at 8:57 AM No comments: Links to this post

ROLF!: Lady Gaga vs. the Banshee

With Saint Patrick Day fast approaching, we present a Battle Scenario that pits Lady Gaga against that most famous of Irish monsters--the Banshee.

LADY GAGA VS. THE BANSHEE
A ROLF! Battle Scenario for Two Gamers
BACKGROUND
Lady Gaga has decided that she must master the art of singing like banshee. So, she has gone to a ruined castle on an isolated, windswept Irish moor to confront the Banshee who dwells there and force her to reveal the secret of mastering the Banshee Wail.


THE BANSHEE OF SCATH REILIG NA (Female)
Brawn 13; Body 14; Brains 5
Traits: Dead, Nimble
Combat Maneuvers: Basic Attack, Banshee Wail, Seduce, Spelling (Bad Touch, Die Die Die!)
Special Note: The Banshee can use her Banshee Wail combat maneuver to cause the following effects once per Battle each: A. All characters in the fight (except the Banshee) must make a successful Brawn ATT check or have their current Brawn total reduced by half; Brawn lost in this way is NOT restored between Scenarios. B. She can fill all characters in the fight (except the Banshee) with a sorrow so great they decide to kill themselves. The characters turn their weapons on themselves keep attacking themselves until they make a successful Brains check.

THE BATTLE SCENARIO
Nothing fancy here... Lady Gaga and the Banshee fight until one of them is defeated. If the Banshee loses, Lady Gaga learns the Bashee Wail... and she will, quite literally, knock her fans dead with her next single.


Lady Gaga vs. the Banshee is a work of fiction. Any similarity to real people, living or dead, without satirical purpose is purely coincidental.
Text Copyright 2011 NUELOW Games, but you can always copy the text to make a print out for personal use if you like. Or you can just play it on your nifty iPad thingie.
Posted by Steve Miller at 9:50 PM No comments: Links to this post

I MUST figure out how to work these folks into a game product!

And now... the Ukulele Orchestra of Great Britain, and the new official providers of soundtracks for ROLF! games. 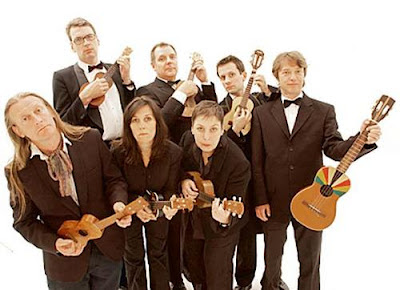 
The Theme from "Shaft"


The Theme from "The Good, the Bad, and the Ugly"

Posted by Steve Miller at 11:09 PM No comments: Links to this post

It's International Women's Day, and we here at NUELOW Games are celebrating. Steve is hitting on every international woman he finds, and L.L. Hundal is taking the day off to sit on the couch, while watching "The View" and "The Maury Povich Show" and eating Bon-Bons. 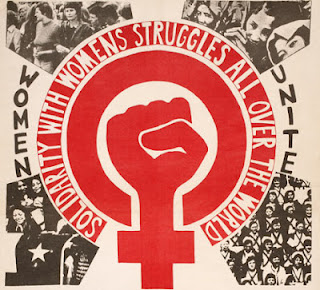 And, of course, we're offering this celebration of International Woman's Day, in this the year of the 100th anniversary of the Girl Scouts. (All blame for these characters and combat scenarios should be assigned to L.L. Hundal. This is one case where Steve Miller will NOT take the blame!)

Background
Mel the Girl Scout Leader was thrilled when she was invited to the office of former U.S. President Bill Clinton in order to celebrate not only International Woman's Day, but also the 100th anniversary of the founding of the Girl Scouts. She soon learned that Bill was looking for a different sort of thrill... and when he offered her the same position that Monica Lewisky had once filled, she knew she had to Be Prepared to Run Away!

This combat scenario is designed for two gamers, with one gamer controlling Bill Clinton and another controlling Mel and Hillary.


The Combat Scenario
The combat scenario begins with Bill chasing Mel around the desk in his office. Mel can attempt to end the combat by using Run Away!, but Bill can counter her attempts by successfully using the Run Away! combat maneuver.

If Mel should fall victim to Bill's Seduction combat maneuver, be reduced to 0 Brawn through combat, or manage to Run Away!, Mel's player takes control of Hillary Clinton... who bursts onto the scene at the end of that ruond to visit wrathful vengenace on her husband and, if need be, save the hapless Girl Scout.

If Hillary should be defeated, Mel returns to attack Bill. Her Irrepressible Optimist trait has been replaced with Dour if this occurs.

The battle continues until Bill Clinton or both ladies are defeated.

Bill Clinton Celebrates International Women's Day with a Girl Scout is a work of fiction. Any similarity to real people, living or dead, without satirical purpose is purely coincidential. (We really have no idea who is on those pictures we've posted... and that's our story and we're sticking to it!)
Text Coyright 2011 NUELOW Games, but you can always copy the text to make a print out for personal use if you like. Or you can just play it on your nifty iPad thingie. We wish someone would celebrate International Women's Day by giving us iPads....)
Posted by Steve Miller at 2:52 PM No comments: Links to this post

Although an attack by gremlins delayed the release of the latest ROLF! supplement, we still got it out before the predicted End of the World.

Our second "Final Battle" product is the gloriously silly "George Washington Carver and the Nuts of Doom." Featuring stats for the scientific genius in the title, former United States President Jimmy Carter, three obscure Golden Age comic book characters, the Swedish Bikini Team, and Peanut Brutes--the unholy by-products of peanut-based science perverted for evil purposes--this product may well be the last thing NUELOW Games ever publishes. The world may end tomorrow for all we know, because the inferior modern researchers can't quite figure out how to read the calendar left by ancient peoples who sacrificed their neighbors in bloody rituals and never discovered the wheel.

So, click here to get your copy of this historic game product for just $0.50. While there's still some history left! 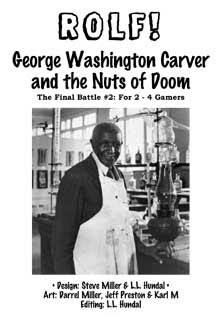 And look for another Final Battle at the end of March... if we make it far!
Posted by Steve Miller at 11:00 AM No comments: Links to this post