'The Three Lives of Fantomah: Book One'

NUELOW Games launches a new series with The Three Lives of Fantomah. This three volume series will present the best from the 49-episode run (in Jungle Comics #2 - #51) of a character that started out as the first female superhero in comics, transformed into a standard "jungle girl," and ultimately became the ruler of a "lost civilization."

The book features four stories by the character's creator Fletcher Hanks (known for ultra-powered heroes who kill evil-doers in creative ways) and the first by "W.B. Hovious," a pen-name that various writers and artists produced the series under after Hanks' departure. In addition, it contains some d20 System/OGL Modern rules that are designed to capture Fantomah's unusual nature and development as the series unfolded. If you liked the quirkiness of the Modern Advances and Modern Basics series of products, you want to check this one out, as it makes unusual use (perhaps even abuse) of the d20 System's magic, level, and XP systems.

Click here to see previews or to download your own copy of the book. You can see further previews of the series at the Shades of Gray blog by clicking here.

Posted by Steve Miller at 7:37 PM No comments: Links to this post

The roots of ROLF!

NUELOW's ROLF! game began its life as a parody of RPGs. One of the first battle scenarios (which has since been lost to time) that was played using a draft of the game that was little more than three paragraphs, involved two male models beating each other up during a fashion show, and the winner then having to face off against a child model (which may or may not have been skinny little Milla Jovovich--neither L.L. Hundal nor I remember for certain if that was the case... but our Jovovich obsession does go way, WAY back).

But we both recall that the one thing that was present in the game from the earliest draft was a battle maneuver (that later became a trait) called Too Sexy For My Shirt. And it was there because that very first battle scenario was inspired by Right Said Fred's song and video "I'm Too Sexy."

That song remains part of ROLF!'s DNA even now, some 20 years later. Check it out below.

Posted by Steve Miller at 2:14 AM No comments: Links to this post

September 18 is National Cheeseburger Day! In celebration, we're offering a quick battle scenario! (If you want to play it while chowing down on celebratory cheeseburgers, you are welcome to copy-and-paste the text so you can print it out.)

Background
After  hard day of mugging at the camera, flipping their hair, and otherwise strutting their stuff, two bulimic models visit the crafts services table. All that's left are speedballs and a single cheeseburger. Drugs they don't care about... but that cheeseburger is worth fighting to the death over. And they do.

The Battle
This is a straight-forward fight, with one model hell-bent on killing the other. The fight continues until one is victorious.

The Pre-generated Models
Battle Maneuvers not featured in the core ROLF! rules are found in ROLF!: Supermodel Slap-fest. 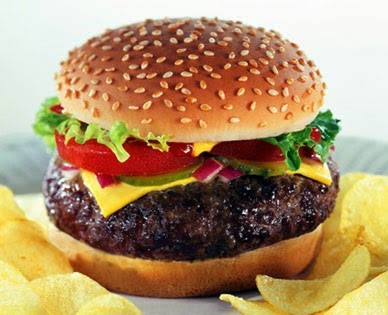 Posted by Steve Miller at 6:02 AM No comments: Links to this post

MEET BRANDY FLIPPE
The Wide-Awake Detective Agency isn't known for taking down criminal masterminds--in fact, they generally try to avoid such cases. Lost kittens, figuring out where the car keys (and the pants they were in) were left during a night of drunken fun, and baby-sitting unruly celebrities is more their line. Agency-owner Mr. Gribbitts and his best (only) employee Sherry Flippe make an exception for Nightshade, a notorious jewel thief who is secretly Sherry's sister, Brandy.

Brandy and Sherry were both wild teenagers, but where Sherry channeled her love of adventure into the USO followed by becoming a private detective, Brandy fell in with a rough crowd, became the apprentice of the original Nightshade and stepped into his black stealth suit when he "retired."

Now, whenever Mr. Gribbitts and Sherry get a tip that Brandy may be scheming a heist, they rush to attempt to apprehend her. Brandy always gets away, but they usually end up uncovering some other crime or criminal enterprise in the process.

Unbeknownst to anyone but a few members of the Secret Service, Brandy, and the original Nightshade, the pair of jewel thieves are actually working for the Secret Service. Nightshade was captured shortly after he took Brandy under his wing, and he made a deal with the government to keep them both out of jail. Now, they target wealthy men and women who are secretly criminals, agents of foreign powers, or leaders of secret societies that are enemies of America and freedom, breaking into their homes and lairs to uncover the evidence Uncle Sam needs to bring them down. 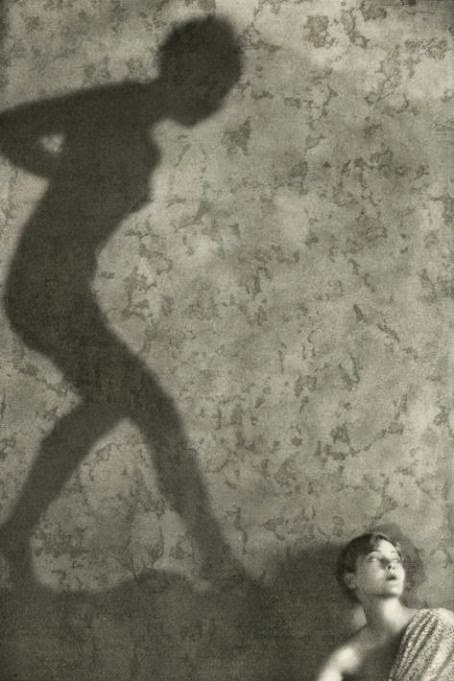 BACKGROUND
The Secret Service suspects actor Gary Crant of being involved with a secret society with ties to an Egyptian group that wants to see Nazi Germany rise from the ashes. One night, as he is slated to attend a gala function, Brandy breaks into his house to secure evidence of his nefarious contacts... and to steal is collection of gem-crusted stick-pins.
Once inside, she finds documents that show Crant is not only involved with Nazis that fled to Egypt following the fall of Hitler, but with some sort of mummy-worshiping cult. She gathers up the evidence and the gems (along with a few Egyptian antiques) and turns to leave. But she finds her path blocked by two cultists.

THE BATTLE
The fight begins at Melee range and continues until Brandy or the cultists are defeated or use Run Away! to escape the battle. If Brandy should fall while both cultists are still active, Jim Nightshade enters the fight on the following round. He was supposed to be watching Gary Crant at the gala, but he had a hunch Brandy was in trouble.


Posted by Steve Miller at 1:04 PM No comments: Links to this post

In 1946, the world-famous circus performer and animal trainer Princess Pantha vanished while on safari in Africa. NUELOW Games proudly brings you the story of what happened next.

Princess Pantha: The Hunt for M'Gana is the first of two books collecting the best of this foray by Nedor/Standard into the "jungle girl" genre during the 1ate 1940s. If you like jungle action and strong female characters, you'll like Princess Pantha, because she may lost in the jungle when we first meet her, but she ends up rescuing her "savior" more than he ends up rescuing her.

In addition to some fun comics classics (by Art Saaf and Ralph Mayo, the main talents behind NUELOW's Judy of the Jungle series), The Hunt for M'Gana contains new feats and talent trees so gamers playing d20 System games (such as OGL or d20 Modern or Pathfinder) can create their own heroes with animal training skills that rival those of Pantha. game section also features the stars of the series, Princess Pantha and Dane Hunter, written up as d20 Modern characters.

Click here to see previews of Princess Pantha: The Hunt for M'Gana, or to download your own copy.
Posted by Steve Miller at 5:48 PM No comments: Links to this post