Here's some additional information about, and feats and a starting profession for, the Ninja Cuties!


A BRIEF HISTORY OF THE NINJA CUTIES
Ninja Cuties trace their origins back to mid-15th Century Japan when the Shouchiibi Ninja Clan decided they would develop their skills around "working smarter not harder, and generally take advantage of being smoking hot!" The effort was hugely successful, and male and female clanmembers vamped and vogued their way through the next few centuries before doing either was even a Thing. With the advent of photography, and eventually motion pictures, they spread across the world, hiding their true natures as spies and assassins and all-around rogues-for-hire behind the facade of being actors and models.
Whereever they went, they recruited local beautiful people into their ranks, and by the 1940s, they were the first truly global Ninja Clan. A number of the most glamorous internationally known models and movie stars have been Ninja Cuties--something which remains true to this day.
During the 1930s, this led to the Great Sundering, as those Ninja Cuties based outside of Japan were increasingly at odds with those in the land of their origins, finding themselves fighting against the Japanese Empire rather than for it. (The Ninja Cuties in the U.S. were in a particularly strange position, as White and Black Ninja Cuties were fighting both Japanese agents and the American government as they established secret havens for those among them who were of Japanese descent.
During the Cold War, the various factions of Ninja Cuties came back together, united by common heritage and good looks. Through the decades since the fall of the Berlin Wall, their global secret network has only grown stronger. In the modern world, a Ninja Cutie will always help a member of the clan, even if their nations are at odds. Even Ninja Cuties who have strayed from the path set down by their forebears can expect help and support from the clan. call on that person will receive help and support from the clan.
In present day, Ninja Cuties can be found throughout the entertainment and modeling businesses. Some have even entered the political realm, as good looks and sharp wit has become more important than actual intelligence and leadership skills. In order to preserve the secrecy surrounding the Shouchiibi Clan, some Ninja Cuties use their martial arts prowess as part of their performances, and  have even arranged to have fictionalized and comedic versions of their secret society presented on film, such as the one featured in Zoolander 2. As a result, even if sopmeone were to attempt to expose the existince of the Ninja Cuties, they would be laughed at and silly crazy conspiracy theorists.

D20 SYSTEM RULES FOR NINJA CUTIES
The rest of this post is presented under the Open Game License and may be reproduced within its terms. Copyright Steve Miller 2018. You can read the original Ninja Cutie post here (or just scrolling down if you're on the main blog page).


STARTING PROFESSION
Most Ninja Cuties are raised from a young age to be cute but deadly. This starting profession reflects that, and unless the character was inculcated into the Secret Circle of Cutie Ninjas later in life, this Starting Profession should be chosen.


NINJA CUTIE
You were born and raised within the secret community of the Ninja Cuties. Whether you stayed true to your childhood training and heritage as your family wished, or ultimately chose to persue a different path.
Prerequisite: Charisma 13
Skills: Choose three of the following skills as a permanent class skill. If a skill the character selects is already a class skill, he or she receives a +1 competence bonus on checks using that skill. Acrobatics, Bluff, Concentrate, Knowledge (Arcane Lore), Knowledge (Mysticism), Move Silently, Tumble, Perform (specific field), Search, Sense Motive, Sleight of Hand, Spot.
Feats: Select one of the following to receive as a bonus feat. The character must meet any prerequisites. Combat Reflexes, Dancing Queen, Informant Network, Ninja Cutie, Shameless.


FEATS
Here are some feats suitable for Ninja Cuties.

DANCING QUEEN [Fast Hero, Bard, Fighter, Rogue]
You can dance, you can fight!
Benefit: The character practices mixed martial arts. Add 1/2 of the character's ranks (round down) in the Perform [dance] skill to all melee attack rolls.

DANGER SENSE [General]
The character has an uncanny ability for sensing trouble just before it strikes.
Benefit: You gain a +2 bonus to all Spot and Sense Motive skill checks.

SHADOW MELD [Fast Hero]
The character can use even the slightest shadow to "hide in plain sight."
Prerequisite: Hide 6 ranks, Move Silently 6 ranks
Benefit: When in an area that features at least some shadow, the character gains a +8 bonus to Hide skill checks.

SPECIALITY MARTIAL ARTIST [Fighter, Fast Hero, Strong Hero]
The character has mastered an unusual fighting style that turns normally harmless pursuits deadly.
Prerequisite: Combat Martial Arts or Defensive Martial Arts
Benefit: When this feat is selected, specify a Craft, Knowledge, or Perform skill. The character is a master of a fighting style that weaponizes that activity. You add ½ your number of ranks in the designated skill (round up) to your to-hit and damage rolls when making unarmed attacks. The character may use objects associated with the activity as improvised melee or ranged weapons without suffering a non-proficiency penalty. In general, the objects deal a base of 1d4 points of damage with a base crit range of 19-20.
Special: You may select this feat multiple times. Each time, a different Craft, Knowledge, or Perform skill must be specified. You must declare which version of the feat (if any) the character is using at the beginning of each round if making a martial arts attack.

Posted by Steve Miller at 6:36 PM No comments: Links to this post

The Power of the Ninja Cutie!

Every couple decades, it seems Ninjas enjoy a brief moment as "the new hotness" in pop culture. We think Ninjas are about to strike again... so we bring you this fabulous d20 System add-on! (All text in this post is released under the Open Game License and may be reproduced in accordance with its terms. Copyright Steve Miller 2018.)

NINJA CUTIES
A Ninja Cutie isn't made. Well, they're partly made, but they're also born. They are selected for the secret training from among the cutest, most outgoing children, and then trained in secret arts that only the prettiest and most handsome Ninjas will ever learn.
A few rare individuals are brought into the Secret Circle of the Ninja Cuties after having impressed a Master Ninja Cutie... but these are few and far between indeed.
Most Ninjas Cuties belong to the Bard or Rogue class (in D&D/Pathfinder); or the Charismatic Hero or Fast Hero class (in d20 Modern). but they can belong to any class. As part of the secret training, Ninja Cuties learn a special kind of magic. These spells are gained through the selection of feats and talents. If the character gains spells through class abilities, the Ninja Cutey spells are added to the number of spells that can be cast each day as indicated in the feat or talent descriptions. 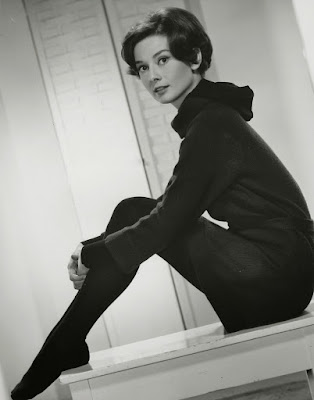 MASTER OF OBSCENITY [Bard. Rogue, Charismatic Hero]
Washing your mouth out with soap wouldn't even begin to make a difference.
Prerequisite: Bluff 4 ranks, Cha 15
Benefit: As a standard action, you can let lose with such an impressive string of obscenities (spoken and/or gestures) that you can bring all actions around you to a halt. The attention of everyone within earshot is momentarily focused on you.To use this feat, other characters must be able to hear you.
All initiatives must be re-rolled. You gain a +2 bonus to re-rolling your initiative, as well as to Bluff, Diplomacy, and Intimidate skill checks for the rest of the encounter.
Special: Other characters with the Master of Obscenity feat do not have to re-roll initiative, but are immune to its effects. They may choose to continue to attack targets, including the character who used the feat, on their initiative, or they may choose to engage him or her in an Obscenity Square-Off.
In an Obscenity Square-Off, the character with the highest Charisma goes first (if tied, the one with the highest Intimidate skill rank goes first). Each player rolls a Bluff skill check, as they curse and swear and generally behave in as offensive a fashion as possible. The best two out of three Bluff checks wins, and the winner's allies share in the +2 bonus to the re-rolled initiatives.

NINJA CUTIE MAGIC [Rogue, Fast Hero, Charismatic Hero, Minor Power]
You have learned the basic secrets of Ninja Cutie Magic
Prerequisite: Cha 13
Benefit: Each day you may, at will, cast a number of 0-level Ninja Cutie spells equal to your Charisma bonus. You also add your Cha bonus to Will saves when resisting spells and spell-like effects. Your character level is your caster level.
Any material components listed in the spell description are unnecessary when the Ninja Cutie versions are cast.

NINJA CUTIE SPELL LIST
The Ninja Cutie Magic feat and talents allow for the casting of the following spells.

Click here to read more about the Ninja Cuties!﻿

Posted by Steve Miller at 3:04 AM No comments: Links to this post

Feats for Cheats... or Rules-Benders (to be more polite)!

You've got a cheatin' bastard at your table? Meet him or her halfway with these new Meta feats for most d20 System games! 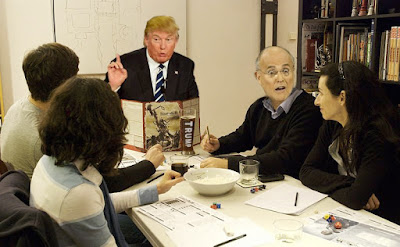 If You're Not Cheating, You're Not Trying [Fast Hero, Bard, Rogue, Metagaming]
Failure is not an option!
Prerequisite: 3rd level
Benefit: Each game session, you may ignore and re-roll any failed d20 roll a number of times equal to your character's Charisma bonus. You must tell the GM you want to re-roll, but it is the GM's responsibility to keep track of the number of times you use this ability. After all... you're a cheater, so you're going to get away with what you can!

All text in this post is released under the Open Game License and may be reproduced within its terms. Copyright Steve Miller 2018.

And if you enjoyed this post, support our efforts by getting some of our actual products! It will encourage us to make more. Click here to see what we have for you!

Posted by Steve Miller at 2:09 PM 2 comments: Links to this post