Here's a Christmas Season-appropriate random mystery/horror adventure outline generator that was inspired by a combination of a drawing by Bryan Baugh and a spooky version of "Carol of the Bells" by rock group Halocene. (The video and song can be enjoyed at the bottom of this post.)


THE SANTA SLAYINGS
The beautiful people are being hacked to death with an axe and various objects associated with Christmas are left scattered about the bodies. Witnesses report a decidedly non-jolly, white bearded man has been spotted near each of the murders. Can the heroes stop the slaughter before the happy goes completely out of the holidays for everyone? 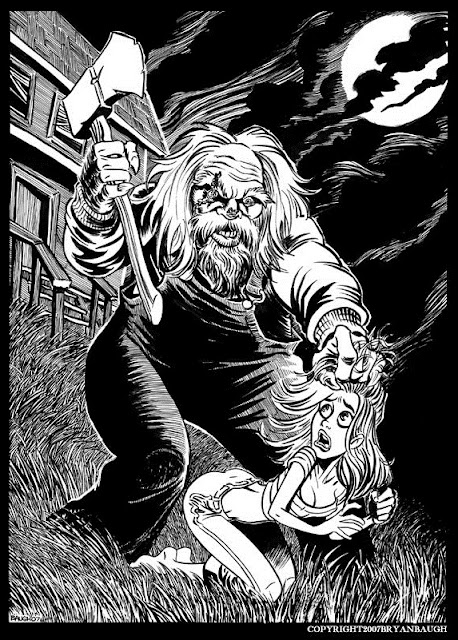 WHO IS THE KILLER, AND WHY DOES HE KILL? (Roll 1d6)
1-2. A Psychopathic Mall Santa Who's Blossomed into a Serial Killer Who Hates Those Who Love Christmas.
3-4. An Insane Religious Fanatic Who Punishes Those Who Aren't Keeping Christmas Holy.
5. A Demon Who Was Accidentially Summoned By a Church Group Who Was Praying for God to Punish Those Who Don't Observe the Proper Christmas Spirit. (They were actually the first victims, and the party may discover this during their investigation.)
6. It's Santa Claus Who Has Snapped and Decided That Anyone Who Is Naughty Must Die.