The Power of Twins

In fantastic fiction (and perhaps even in reality?) twins share bonds far more powerful than other siblings. This feat attempts to model that. (All text in this post is presented under the Open Game License and may be reproduced in accordance with its terms. Copyright 2019 by Steve Miller.) 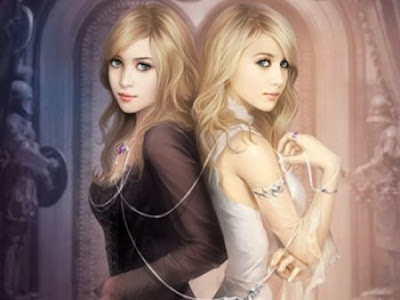 IDENTICAL TWIN [General, Character Creation Only]
You have an identical twin brother or sister.
Benefit: You gain several benefits from this feat.
Twin: To use the benefits of this feat, you must create a second character--your primary character's twin. This second character has the same Strength, Dexterity, and Constitution attributes as the primary one, but you generate the Intelligence, Wisdom, and Charisma attributes according to the rules for character creation. You and your twin are basically physically identical, although more intellectual and ephemeral trains may be vastly different. Personal grooming and style may also make them appear differently, but Disguise skill checks or a make-over can make the characters apparent copies of each other. Classes/professions, skills, feats... all of those may be very different between the two characters. Both must have the Identical Twin feat.
As the campaign is played, your twin gains XP at 1/2 the rate your primary character does. You may go back and forth between playing the characters, as described below under Trading Places.
Sense Your Twin: You may detect the direction of your twin if he or she is alive, on the same plane as you, and you succeed in an Know Direction skill check against DC15 (or a Wisdom attribute check if you do not have that skill). In addition, you may know if your twin is in extreme pain or mental anguish. A failure on this check gives no information. You may retry once per round as a standard action.
Dream Message: One every other night, you may send a dream message to your twin. As you are going to sleep, you must think about your twin and roll a successful Concentration skill check against a DC11 (or a successful Intelligence attribute check if you not have that skill). You appear in your twins dreams, and you may give him or her a message of any length. Your twin remembers every detail of the message when he or she awakens. If your twin is awake when you send the message, they will receive it the next time they fall asleep. If you fail the skill check, you must wait two nights before trying again. Your twin may send you messages the same way.
Dream Visit: Once every four nights, you and your twin may communicate in dreams. Both characters must think of their twin as they are falling asleep and roll a successful Concentration skill check against DC13 (or a successful Intelligence attribute check for a Twin without the skill). If both characters make successful rolls, they share a hyper-realistic dream in which they are at some location where they both felt safe and happy. They may converse as if awake, and each twin remembers the dream clearly when he or she wakes up. If only one twin makes a successful roll, the communication is one-way. The twin with the successful roll may impart information to his or her twin (which will be remembered when the twin awakens) but nothing is gained in return. If both twins fail the roll, no communication is established, and four nights must pass before another attempt can be made. This ability only works if the twins are on the same plane.
Trading Places: You may make arrangements to meet your twin somewhere that makes sense for adventure in progress (GM's call). The twin now becomes the primary character. The swap can be made in secret if the twins have made an effort to keep their physical appearances similar.
Severed Bond: If your twin is killed, you must make a Will saving throw (DC12). If the save fails, you suffer a -2 penalty to all skill checks and attack rolls until you get a good night's sleep because you feel like something is wrong. When you sleep, you have a dream in which your twin tells you goodbye and you see a clear vision of his or her fate, including who was responsible for the death if the twin knows. You loose the Twin feat and may select one of the following in its place: Alertness, Danger Sense, Headstrong, Lucky, Selfless, Vengeful (or another feat by GM permission). Your character must qualify for any feat selected.
If it is your primary character that is killed, you may bring the twin into the game as described under Trading Places.
Special: You may only take this feat as a starting feat during character creation. 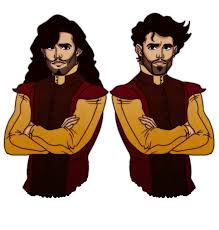 Posted by Steve Miller at 1:19 AM No comments: Links to this post