On July 2nd, 1937, trailblazing woman pilot Amelia Earhart vanished with her navigator Fred Noonan over the Pacific Ocean while attempting to fly around the world. Her fate has remained a mystery.... Until now. 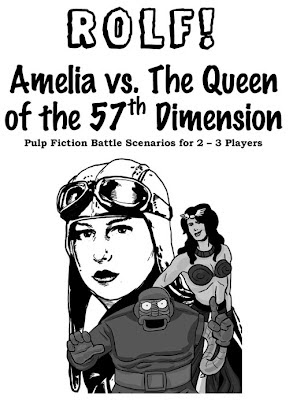 ROLF!: Amelia vs. the Queen of the 57th Dimension pits Amelia and Fred against the evil sorcererss who rules a distant dimension after she takes them to her world. It features rules for aircraft battles, several new spellings, plenty of combat maneuvers, and ROLF! statistics for Amelia Earhart, Fred Noonan, the alien Nashtar, and the evil queen Malefique.

Check out ROLF!: Amelia vs. the Queen of the 57th Dimension" by clicking here.
Posted by Steve Miller at 10:01 AM No comments:

In recognition of Gary Gygax Day...

Here are ROLF! stats for Gary Gygax, one of the creators of D&D and the Greyhawk fantasy world, and designer of the Dangerous Journeys roleplaying game, and other games.

Posted by Steve Miller at 11:12 AM No comments:

Back in December, we announced that we would be releasing a "Final Battle" for ROLF! every month this year... until the Mayan-predicted End of the World came upon us. (And it's gotta happen this year, right? New-Age Profiteers and Doomsday Cultists have to be right that the end of the Mayan calendar portends the end of the world, right? I mean... the calendar on my kitchen wall ends on December 31, 2012, too! So someone must have it right--either the Wise Ancients or the makers of the Cats calendar.)

And with all the confusion about exactly when the world would end, for all we know it could come sooner. It could come now. Or now. Or perhaps now. Or maybe next week. 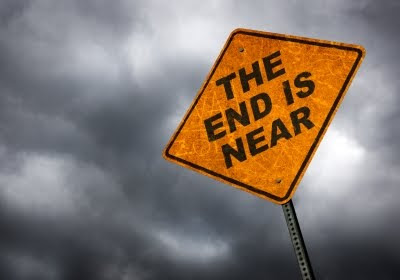 Well, no matter what, we're past the halfway mark of 2012, and we're still here! To celebrate (and by request from a couple ROLF! players) we offer this listing of "Final Battles" so you can make sure you have them all and make sure that you're the proud owner of one of the last-ever releases from NUELOW Games.

FINAL BATTLE #1: THE GRIM REAPER vs. THE FERTILITY GODDESS -- It's the Mayan goddess Ix-Chel and Chuck Norris teaming up to fight Death Itself. This product introduced rules for making god-like characters in ROLF!

FINAL BATTLE #2: GEORGE WASHINGTON CARVER AND THE NUTS OF DOOM -- Only George Washington Carver, Master of Peanuts, can stop a broken-hearted mad scientist from destroying humanity by turning all women into ugly, stupid men. This product was both a Final Battle and a sequel to Black Kitten vs. June Collyer.

FINAL BATTLE #3: ESCAPE FROM EDEN -- When time-traveling Eco-Terrorists go to the Garden of Eden with the intent of killing Eve, only one man can stop them and save us all: Snake Plisskin. More thrilling than any John Carpenter film... more epic than any Cecil B. DeMille movie! Never has the story of Genesis been told in such a dramatic fashion! 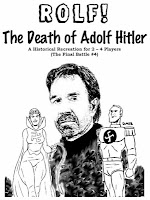 FINAL BATTLE #5: MAD SCIENTISTS GONE WILD! -- The air is thick with death rays when love-starved mad scientists battle over the heart of Dr. Floss, the prettiest woman to ever seek world domination. This product introduced rules for making death ray guns to ROLF!

FINAL BATTLE #6: POTS vs. PANS -- The final showdown between the pure-hearted heroes of PANS and the dastardly villains of POTS. This product introduced rules for making superheroes to ROLF!

Will there be a Final Battle #7? Only the Ancient Wise Mayans knew for sure! But if we're still around, it will be released in early August.
Posted by Steve Miller at 3:55 AM 3 comments:

The legendary aviator (aviatrix?) Amelia Earhart was born 115 years ago today. She's one of L.L. Hundal's favorite historical figures; she even wears her hair a little like Earhart used to. We may be releasing a ROLF! battle scenario featuring her if SOMEONE GETS ME THE FINAL MANUSCRIPT FOR REVIEW AND ART-PLACEMENT! (Yes, Hundal. I'm talking about YOU!)

In the meantime, here's Earhart ala ROLF!, designed by L.L. Hundal. 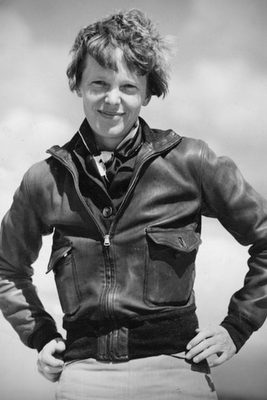 Earhart, her plane, and her navigator Fred Noonan vanished without at trace over the Pacific in July of 1937. They were attempting to fly around the world, and if Earhart had been successful, she would have been the first woman pilot to accomplish that feat. Her fate remains a mystery to this day.

You can learn more about Earhart at the official website maintained by a company operated by her family by clicking here.

For a little on the latest attempt to solve the mystery behind what happened to Earhart and Noonan, click here and here.
Posted by Steve Miller at 11:55 AM No comments:

The latest release for NUELOW Games's ROLF!: The Rollplaying Game of Big Dumb Fighers joins the annual bath of Bear Creek's menfolk in progress... just as the notorious Black Phantom Gang arrives to destroy the peace. Will Breckinridge Elkins, the greatest hero of the Humboldt Mountains, stop the outlaws from cleaning up so his kinfolk can get clean? 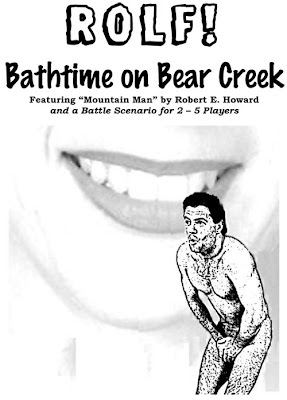 "Bathtime on Bear Creek" was inspired by the Breckinridge Elkins comedic western stories by the great Robert E. Howard--stories that L.L. Hundal have described as reading like ROLF!-based gaming fiction. In addition to six pre-generated characters and a bunch of combat maneuvers and traits, this release includes the short story "Mountain Man" so you can see if you agree with her estimation.

ROLF: Chinese Take Out - Order yours at RPGNOW.com!

When two assassins with a past history meet in Seattle's Chinatown, it's a foregone conclusion that one of them will be taken out!

Check out ROLF: Chinese Take Out! Inspired by Hong Kong action flicks and the half-eaten lunch on L.L. Hundal's desk, it features a quick-playing battle scenario, four pre-generated characters, and a whole mess of combat maneuvers and traits you can use when creating your own ROLF! characters.

As an extra bonus, you can have a chance to influence future ROLF! products if you can give a reply to the Great Question.

Get your copy, or see a preview, by clicking here. Also, if you get a copy now, you might find yourself in possession of a very special, limited edition version of "Chinese Take Out", because Steve Miller has decied he doesn't like the cover, and he will be replacing it as soon as possible! (And you'll have the opportunity to get a free copy of the new version.)

Posted by Steve Miller at 3:49 PM No comments:

Oriental Stories, Vol. 3: A Texan in Afghanistan is the latest addition to NUELOW Games's line-up of fiction anthologies. This one collects five of the best novelettes featuring Robert E. Howard's final major series character, Francis X. Gordon. It's a pdf e-book--ideal for reading on your iPad or even iPod Touch--and it can be had for $3.99. 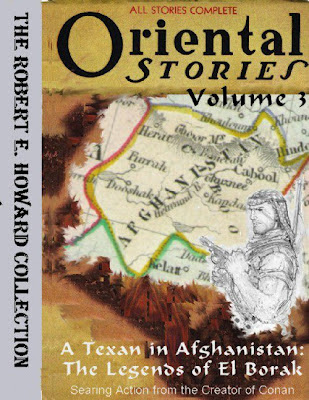 Like the other Howard collections edited by Steve Miller, this book shines the spotlight on some of Howard's finest writing... and once again demonstrates that his talent reached far, far beyond Conan and the Sword & Sorcery fantasy genre that he created.

For the complete selection of NUELOW Games's fiction anthologies. click here.
Posted by Steve Miller at 11:26 AM No comments:

All in color... for just six dimes!

The true story of how the very first ROLF! color products came to be:

L.L. Hundal: If we're doing more superheroes, we should do them in color.

Steve Miller: But the ROLF! style is black-and-white line art.

L.L. Hundal: It's my line. We can break the style if I want. I think we should do color art.

Steve Miller: Okay. If you want to do color, you need to produce a color cover illo.

And so, the latest NUELOW Games excursion into superheroics is all in color for just six dimes! 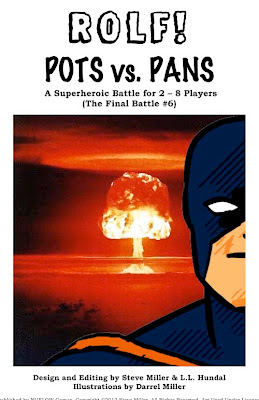 This supplement for ROLF!: The Rollplaying Game of Big Dumb Fighters features nine pre-generated super-charcters (each with their own full-length, four-color portrait), new Combat Maneuvers and Traits, and everything you need to make your own ROLF! super-characters.

Click here for more information, or to get your own copy!
Posted by Steve Miller at 9:15 AM No comments: