It's a One-Shot Sale!

Those are some of the extremely cool characters we've retrieved from the scrapheap of pop-culture and introduced to the 21st century audience. While we mostly reprint their original adventures in these books, each one also contains all-new roleplaying game material for d20 OGL Modern (which is easily used with almost any d20 System variant, including the ever-popular Pathfinder game.

Through 4/15/2014, we are selling all the "one-shot" titles in our comics/rpg hybrid line of books at the reduced price of $0.99. You should take this chance to check some of them out while saving a few pennies. Maybe you'll meet your new favorite conic book character, while finding some great ideas or new rules for your next RPG session.

Here are the great books that can be yours for next to nothing for a limited time! (By the way, all NUELOW Games products are currently pdf-format ebooks. That may change soon, but for now, it's the only format we offer. But it works great on the various tablets, pads, and computers!) 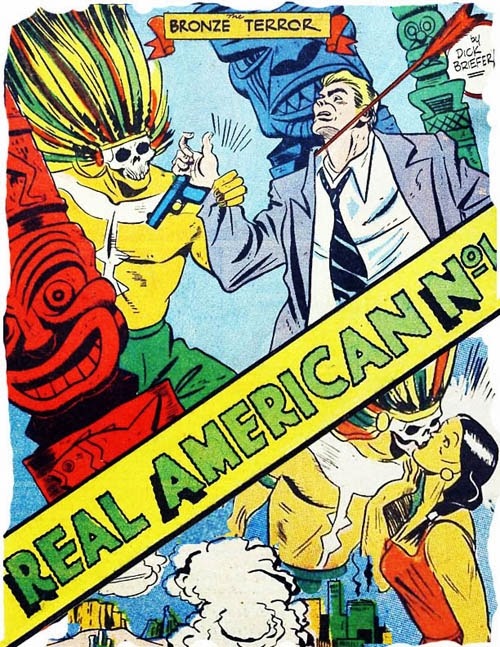 Real American #1 presents the four best adventures of one of the earliest ethnic lead heroes to appear in main stream comics. A Native American lawyer who put on a mask to fight crime, the Bronze Terror stood as a unique figure in comics until Marvel Comics introduced Red Wolf in the 1970s. Written and drawn by Dick Briefer, with an all-new ROLF! scenario by Steve Miller where he crosses paths with another crime-fighting jurist, the Red Demon. (Click here to see preview pages from Real American #1 at the Shades of Gray blog.). 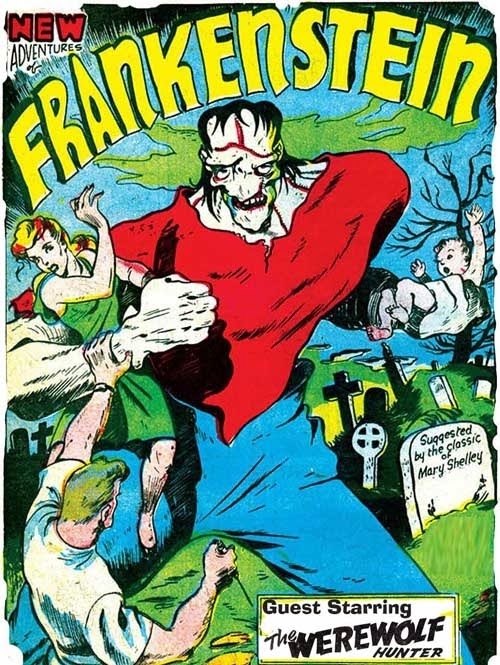 New Adventures of Frankenstein presents the first two chapters of Dick Briefer's legendary "Frankenstein" series, together with a tale starring Armand Broussard, the Werewolf Hunter. The book also features a brand-new ROLF! scenario in which Victor Frankenstein joins forces with Herbert West, Re-Animator to defeat Frankenstein's Monster... which a surprise foe waits and watches in the shadows. 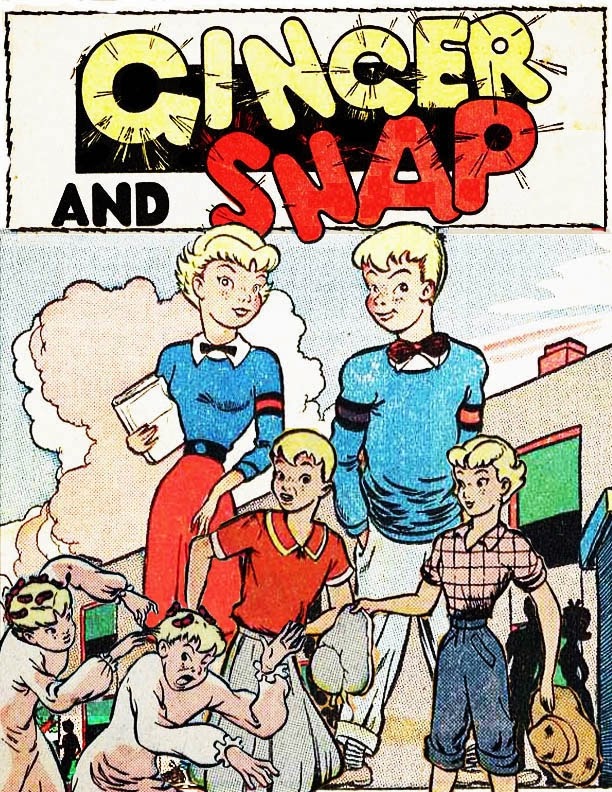 Ginger and Snap presents all four published adventures of a pair of twins who solve problems by trading places. It's a cute, kid-friendly series that revolves around light gender-reversal humor. In fact, it's such a good-natured, innocent series that it probably couldn't be made today. (Click here to read more about this book at Shades of Grey blog.) 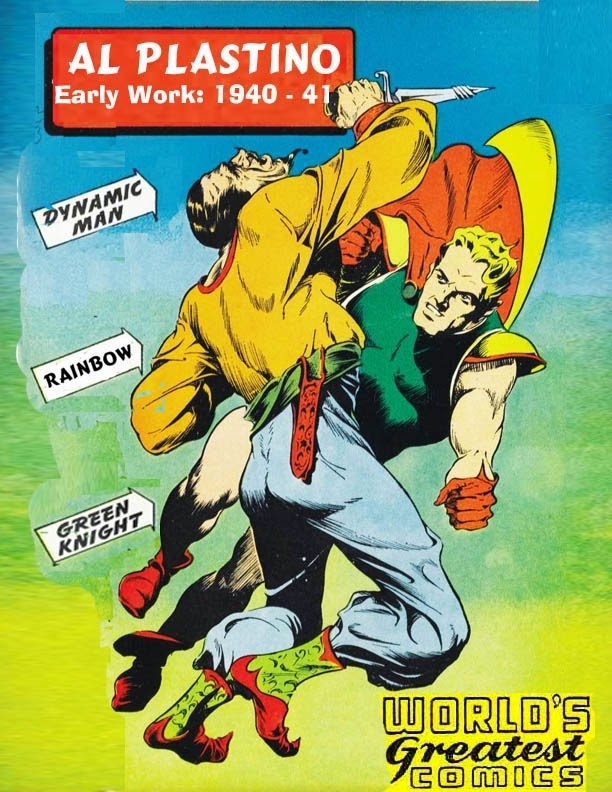 Al Pastino Early Works: 1940 - 1941 brings you the first creation of one of the most prolific Superman artists during the 1950s. Included in this collection of never-before-collected in one place historical rareties is perhaps the first-ever self-referential comic book superhero tale. 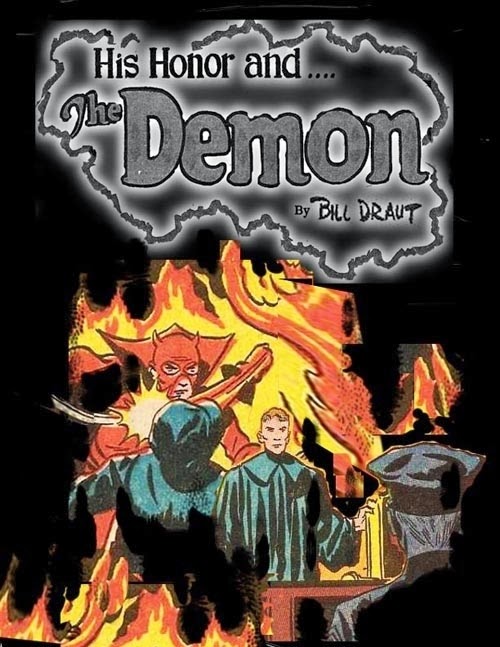 His Honor and... the Demon presents the best adventures of Bill Draut's Red Demon, a character some historians speculate may have been co-created with Joe Simon or Jack Kirby. The book also includes story with NUELOW Games' mascot, the Black Cat, and an all-new ROLF! scenario where she crosses paths with the Red Demon. 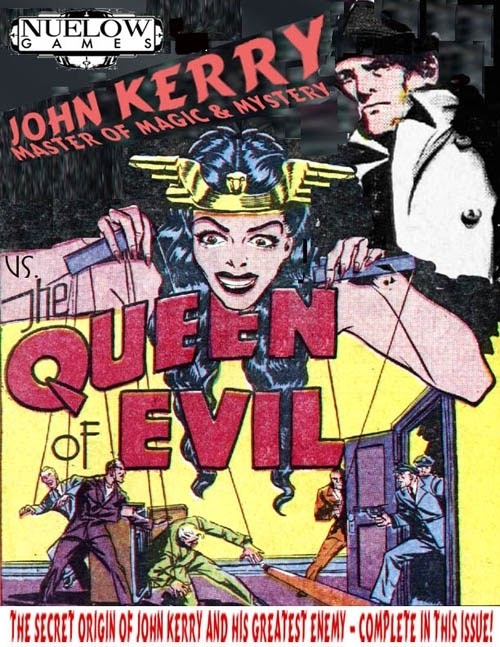 When a corrupt priestess of Isis uses dark spells to escape divine wrath by resurrecting herself thousands of years past the time of her gods, she failed to take into account the tenacity of the righteous contemporary Kalkor... who is known in the modern age as John Kerry!  John Kerry vs. the Queen of Evil spotlights the current U.S. Secretary of State in 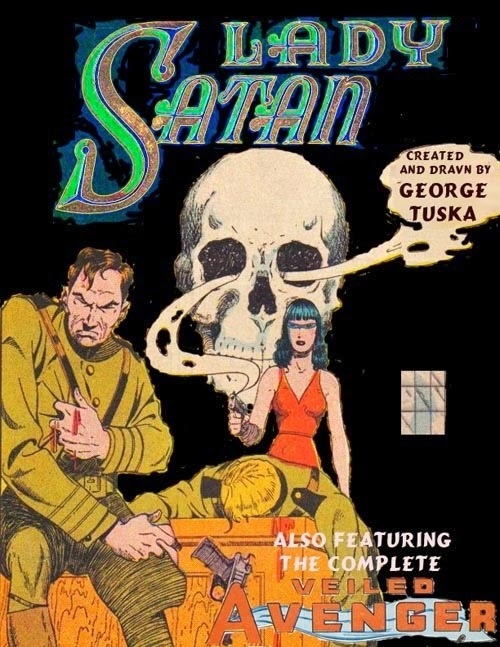 Lady Satan brings together the stories featuring the original Lady Satan–a cold-blooded assassin stalking Hitler's minions in occupied France during WW2–and all four appearances of the Veiled Avenger. This book is the first time all these stories have been collected in one place. The book also features ROLF! game stats for Lady Satan and Veiled Avenger. 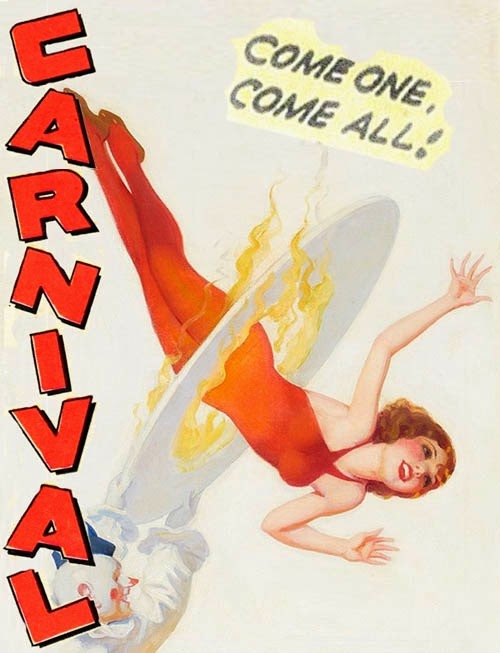 Carnival is an example of the diverse sort of comics that were on newsstands during the 1940s. It contains two circus-themed mysteries and one tale that sees the Black Cat busting crime under the big top. The book also features OGL Modern d20 rules for circus-themed heroes. 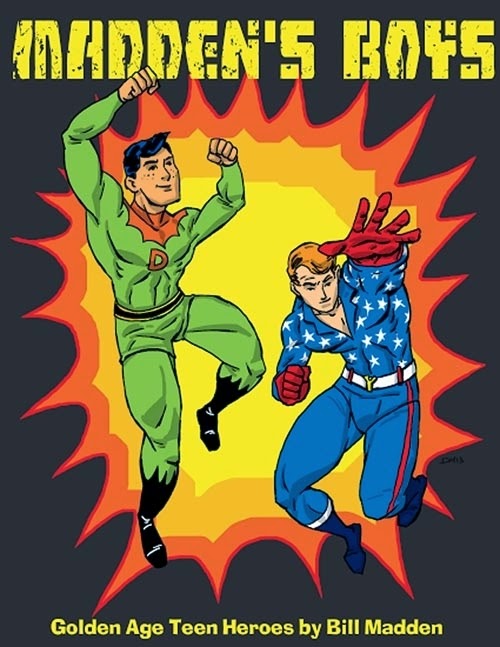 Madden's Boys spotlights the work of NUELOW Games' favorite forgotten artist from the early days of comics, Bill Madden. The book collects five stories drawn by Madden for the first time in one place, including both appearances of the original Dynamic Boy, and the three initial Yankee Boy stories from 1941. The book also includes an all-new set of superhero rules for use with OGL Modern d20 games. 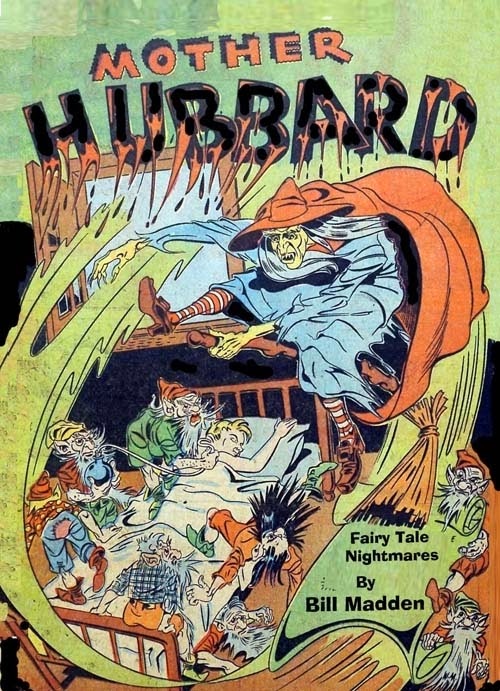 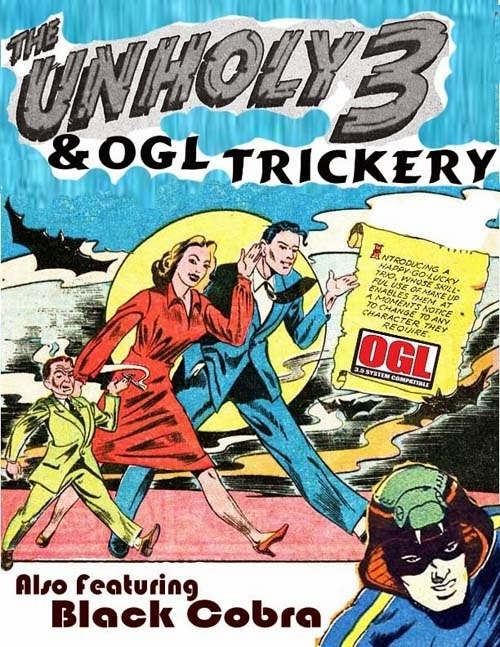 The Unholy 3 and OGL Trickery is another display of the variety of genres Golden age comics covered. It contains both episodes of Bill Madden's screwball comedy series The Unholy3, and a weird superhero adveture with Black Cobra fighting cross-dressing gangsters at the ballet. The book also features all-new OGL Modern d20 roleplaying gane rules for making con artist characters.