... John Lennon, John Bonham, and Johnny Cash forming a band. Then throw in John Denver and John Philip Sousa. It would be the greatest assembly of musical Johns in this world or the next (well, except maybe They Might Be Giants). 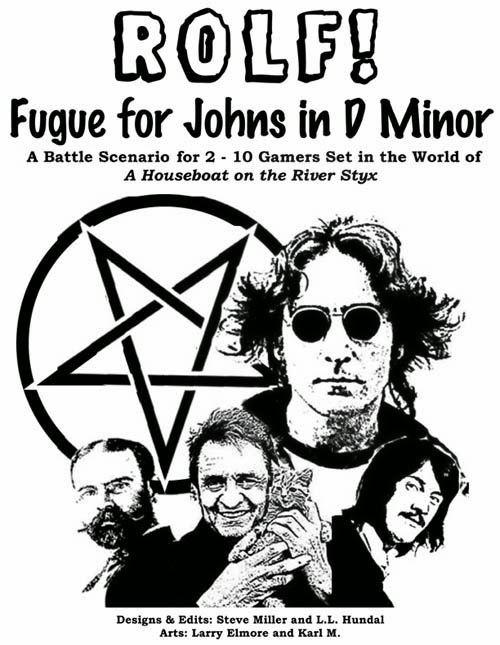 Imagine all those Johns. It isn't hard if you know about NUELOW's re-issue/revision of Houseboat on the River Styx from yet another John -- John Kendrick Bangs. In fact, it would almost be expected, given that Bangs teamed Shakespeare and Sherlock Holmes, and we've previously published supplements that saw Abraham Lincoln join forces with John F. Kennedy to fight Adolf Hitler and Kim Jong Il.

ROLF!: Fugue for Johns in D Minor is a return to the misty land of Hades with another crazy mix of characters, in the land where deceased celebrities and historical figures have adventures with fictional characters. Click here for more information, to see previews of the product, and to get your very own copy.