Feats for the Immortals

Among the benefits granted to characters with the Immortal template is access to the Immortal group of feats. These feats may be selected whenever the character gains a feat, or in place of specified bonus feats. The character must still meet any other prerequisites in the feat's description. 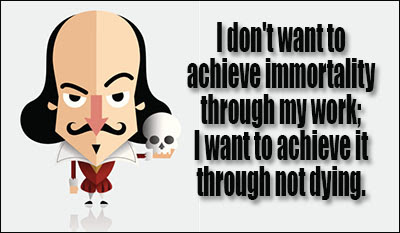 The text in this post is released under the Open Game License, and it may be reproduced in accordance with its terms. Copyright Steve Miller 2015.

EXISTING FEATS INCLUDED IN THE IMMORTAL GROUP
Details on the following feats can be found in the SRD for OGL Modern (and many other d20 System games), They are part of the Immortal group. If a character possesses any of these feats before entering the Pool of All, they are considered to belong to the Immortal group for the purpose of the It's Never Over and Time for a Change feats.

In addition, these feats previously presented on the NUELOW Games blog here and here are part of the Immortal group.

NEW FEATS
It's Never Over [Immortal]
Prerequisite: Immortal Template
Benefit: You gain 1d4+2 additional lives when this feat is chosen.
Special: Whenever your character is going through the recreation process, you may select any single [Immortal] feat and replace it with this one. If the selected feat was a prerequisite for other feats, you no longer gain the benefits of those feats until you have again possess the prerequisite.

Predictable Recreation [Immortal]
Prerequisite: Immortal Template
Benefit: As the character is going through the recreation process after death, you may specify whether or not the ability scores, the character's sex, general physical appearance, age, alignment (in games that use such rules) is impacted. You do not roll on the random table to see how that aspect of the character is effected, but instead choose a specific result, or to let that part of the character remain unchanged.
Special: This feat may be selected up to five times. The player identifies a specific character aspect to remain unchanged during the recreation process.

Time for a Change [Immortal]
Prerequisite: It's Never Over
Benefit: When this feat is chosen, immediately gain a bonus feat from the Immortal group.
Special: When your character goes through the recreation process, you may switch any feat from the Immortal group either for 5 skill points or for any other feat for which your your character meets the prerequisites, If the feat switched was a prerequisite for other feats, those benefits are lost until the prerequisite is replaced. Alternately, you may take up to five skill points from a particular skill and assign them to other skills. (This step takes place at the very end of the recreation process.) 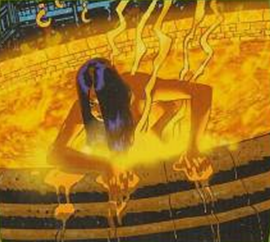