Do you need help with your Trump Anxiety?

TRIGGER WARNING! DONALD TRUMP AHEAD! (Although this post will provide with information on how to deal with your Trump Anxiety, we realize that you are fragile and we want to prepare you, so we don't cause you to have an episode.)


A new disorder is sweeping the nation--Trump Anxiety. Once thought limited only to certain segments of the Republican Party leadership, and particularly hysterical Democrats, this condition has spread to a surprisingly wide percentage of the population in the United States of America and even abroad. The Chicago Tribune (courtesy of the WaPo's syndication service) reports on the affliction and those tortured souls who suffer from it, here.


We here at NUELOW Games hate to see our fellow human beings suffer, so we've created some material to help those who suffer from Trump Anxiety to confront your fears and move beyond them.... and they'll cost you far, far less than what you'll pay a therapist, be it for massage or mental therapy.


THE NUELOW GAMES CURE FOR TRUMP ANXIETY!
Follow these easy steps, and you'll be on your way to curing yourself of your Trump Anxiety. Roleplaying has long been used to confront fears and derangements by therapists. We are now taking those concepts into the realm of self-help/self-service and rollplaying.

Step One: Verify You Actually Suffer From the Condition. If the header of this post, or the picture of The Donald above troubled you, maybe you suffer from Trump Anxiety. To be sure, however, you need to click on this link to inspect a different post on this blog. It contains another picture of Trump, along with a set of stats that represent him in the ROLF! rollplaying game system. If your distress grows by viewing that page, you suffer from Trump Anxiety.

Step Two: Get a copy of You vs. Me and Relentlessly Gay. These rollplaying products provide the framework within which you will confront your fears. Also, get a copy of Professor Fiend. This book contains additional tools to help you overcome your Trump Anxiety, as well as game statistics for The Donald similar to the ones you've already seen on this blog. (To provide maximum access to the therapeutic powers of rollplaying, all three of those products are available in one easy download, at a discount. Click here to get the Trump Anxiety Self-Help Kit.)

Step Three: Find a friend, or a Fellow Sufferer of Trump Anxiety. Create characters of yourself and your friend, using You vs. Me. Then, using either the statistics for Donald Trump presented on this blog, or in Professor Fiend, pit the character you have made against Trump, within the safety of a rollplaying game. You will see that he is nothing to be afraid of. Take turns defeating him if necessary. You can also play through the battle scenario in Professor Fiend for a further illustration of how ridiculous Trump is... and how ridiculous it is to suffer from Trump Anxiety. For extra relaxation and perspective, read the comics in Professor Fiend.

Step Four: Actively Support Another Candidate. America is a democratic Republic for God's sake. Trump may behave like he's going to be the Dictator-in-Chief, but if everyone gets off their asses and stops whining about him on the internet and instead becomes active in the Republican or Democratic parties, he will be relegated to his rightful status as a joke and a footnote in history even before the primaries have run their course. You can join Step Three and Step Four together, doing them at the same time. You can even pit Hillary Clinton or other political figures against Trump using other NUELOW Games releases, further proving to yourself that your Trump Anxiety is completely unfounded. (Just don't use Bernie Sanders. He's going to lose every time.)
Step Five: Vote in the General Election. If you know who you're going to vote for, you know you have nothing to fear from Trump... because you know other sane people are going to be voting like you are. Especially if you've been talking to them while engaging in Step Four.

THE THREE PARTS OF THE TRUMP ANXIETY SELF-HELP KIT: 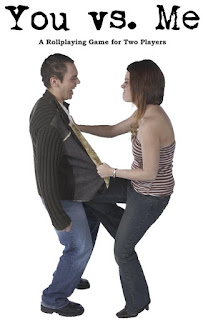 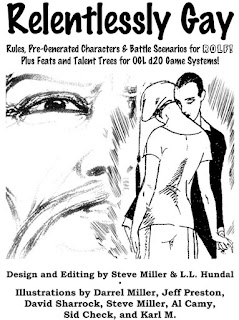 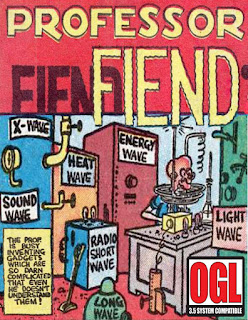