Random Sex and Gender Generator (for any RPG)

They say that gender is as inborn a trait as sex. To reflect that, here's an add-on to any roleplaying game that let's you randomly generate both your character's sex and gender. A third optional step that lets you randomly generate what your character presents as--does he or she prefer to live as a male or female, regardless of sex or gender--is also included. (Frankly, it is our opinion that the third table should be a player decision made as part of the roleplaying process and not rolled randomly.) 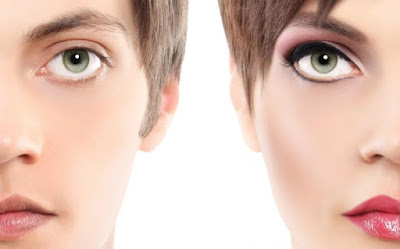 These tables assumes the character is a baseline Human with no genetic abnormalities. These tables also assume that the society in which the characters exist value gender identities as part of cultural and social interaction--otherwise, the whole gender thing is pointless.

WHAT IS YOUR CHARACTER'S GENDER (Roll 1d10)
1-4. Female
5-6. Fluid (Roll on the "What Is Your Character's Sex" table whenever it's relevant to determine your character's gender at the time.)
7-10. Male

--
If memory serves, we've included rules for characters who can change their sex in Lady Satan 2004 and/or Dynamic Man. We'll have to check--it was considered for one or both, but at the moment we (well, me actually) can't remember what the final decision was. If we didn't... well, it's another excuse for a random table or two for the blog!

Posted by Steve Miller at 12:45 PM No comments: