Tara: Marauder of the Spacelanes!

Among the projects we have in the works is a collection of "Tara" sci-fi adventure stories, retrieved from the pages of Wonder Comics. The book will include an all new "origin story" (as one has never before been published) and RPG character and equipment stats for use with ROLF! and d20 OGL Modern.

By way of a preview, here's the art by Alex "Xela" Schomburg that will appear on the cover (before masthead and text is applied). Tara is shown rescuing her friend Robin... because it's not always the damsel that gets tied up. Also, below are ROLF! stats for Robin and Tara, so you can start using them in your Battle Scenarios even before our comics/rpg hybrid book is out! 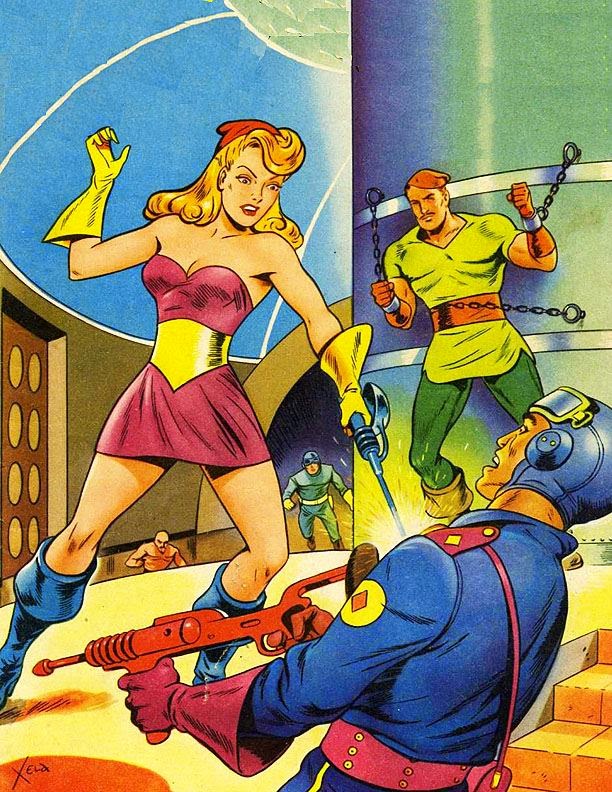 (Tara: Marauder of the Spacelanes will be NUELOW Games' second collection of classic sci-fi comics. The first was Spacehawk: Lone Wolf of the Void. Click here to see previews of that book.)