Who Killed the Airline Pilot?

He flew jets through the friendly skies, but on the ground someone was decidedly unfriendly toward him... because they killed him.

Welcome to another Random Murder Mystery for your RPG campaigns. This one can even be easily converted to a sci-fi setting--just make the airline pilot a spaceship pilot. Roll 1d12 against the tables below to generate the outline for a murder mystery for the player characters to solve!

WHERE WAS HE FOUND?
1. In the plane's cockpit.
2. In the first class restroom.
3. In an overhead bin in coach.
4. In the plane's rear storage compartment.
5. On a luggage carousel.
6. In the 1st Class departure lounge.
7. In the airport parking garage.
8. In a suite at the Airport Hilton.
9. In the alley behind a strip club.
10. In the ally behind a gay bar and sushi restaurant.
11. Outside the home of his ex-wife. (Roll 1d12 to see which one. 1-3. Ex-Wife #1, 4-6, Ex-Wife #2, 7-8 Ex-Wife #3, 9-12 Ex-Wife #4.)
12. Roll Two More Times. His body was found at the first location indicated, but he was actually murdered at the second. If the same result is rolled twice, the location where the body was found and the place he was murdered are the same. Ignore additional results of 12. 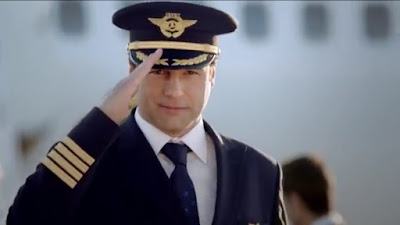 --
And here's a theme song for this mystery: "Five Miles Out" by Mike Oldfield. Enjoy!