Who Killed the Gun Rights Activist?

It was the night of the big debate between anti-gun and pro-gun activists... but when showtime arrived, one podium was empty on the stage.
"They're scared to face us," the debater who was present crowed, "because they know they don't have any real argument to support their extreme positions!"
But it wasn't fear that had kept him away; it was death. Hours later, he was found murdered. And it's up to the player characters to solve the mystery of Who Killed the Gun Rights Activist!

WHO KILLED THE GUN RIGHTS ACTIVIST?
To randomly generate the outline of a mystery adventure, roll 1d12 against the each of the following tables.

WHERE WAS HE FOUND?
1. In the park, near the sight of a major protest.
2. In the parking lot.
3. In the men’s room.
4. In his office.
5. In his living room.
6. In his bedroom.
7. In a room at a seedy motel.
8. In the VIP lounge in the Blue Oyster Nightclub.
9. Outside a gun store.
10. At a gun range.
11. Outside the headquarters of an anti-gun group.
12. Roll Twice on this table. First result is where the body was found. Second result is where he was actually killed.

WHO KILLED HIM? (This is the list of suspects; the killer is among them.)
1. The Second Amendment Extremist (1-6 In Favor, 7-12 Against).
2. The Lobbyist.
3. The State Senator.
4. The Grieving Parent. (1-6 Dad, 7-12 Mom).
5. His Wife.
6. His Teenaged Daughter.
7. His Teenaged Son.
8. His Mistress (1-6 Current, 7-12 Former).
9. The Angry Protest Leader.
10. The Cult Leader.
11. The Prostitute.
12. Roll twice on the table. The two results worked together to commit the murder, and they serve as each other’s alibis. If you roll a duplicated result, roll again. Instead of working together, the first result is framing the second result for the murder. 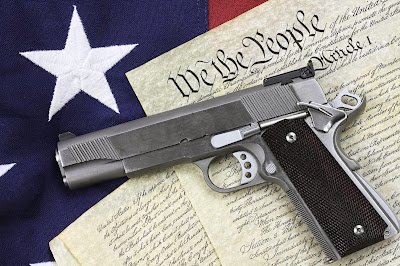